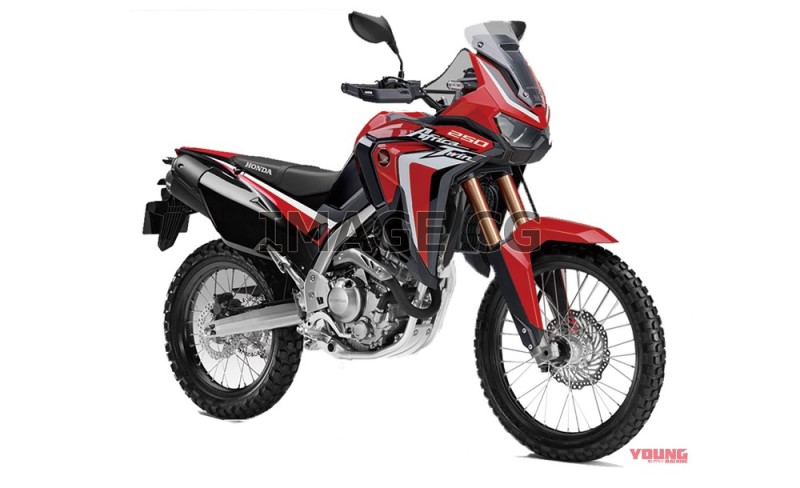 If true, Africa Twin 250 will be the smallest ‘Africa Twin’ in Honda’s portfolio. This may suggest company’s bigger plans with this ADV…

There is a lot of action lately in the near quarter-liter segment as a lot of automotive manufacturers are trying to take a pie in this fast moving segment. The latest we hear is that Honda is considering launching a 250 cc version of the Africa Twin.

However, it will not be an all new motorcycle and in fact, according to the latest speculation, the bike is likely to be the upgraded Honda CRF 250. In simple terms, Honda may be working on the next generation of the quarter liter adventure bike CRF250 and it may be launched under the ‘Africa Twin’ moniker. While the upgrade is expected to make it even better, the usage of the Africa Twin nameplate may suggest that Honda is probably lining it up for a wider usage (= more markets).

At the moment, there is very little information available about the update, but there is a speculative design rendering of the bike (featured pic above). Honda could revise the styling of its CRF 250 Rally to suit the Africa Twin characteristics.

Even with the engine updated to meet the Euro-5 compliance, we expect the power output to remain around similar ballpark figures of 25 hp.

Generally, Young Machine’s scoops are spot on and we should hear something concrete on this soon. And since Honda sells the Africa Twin here in India, we are hopeful…