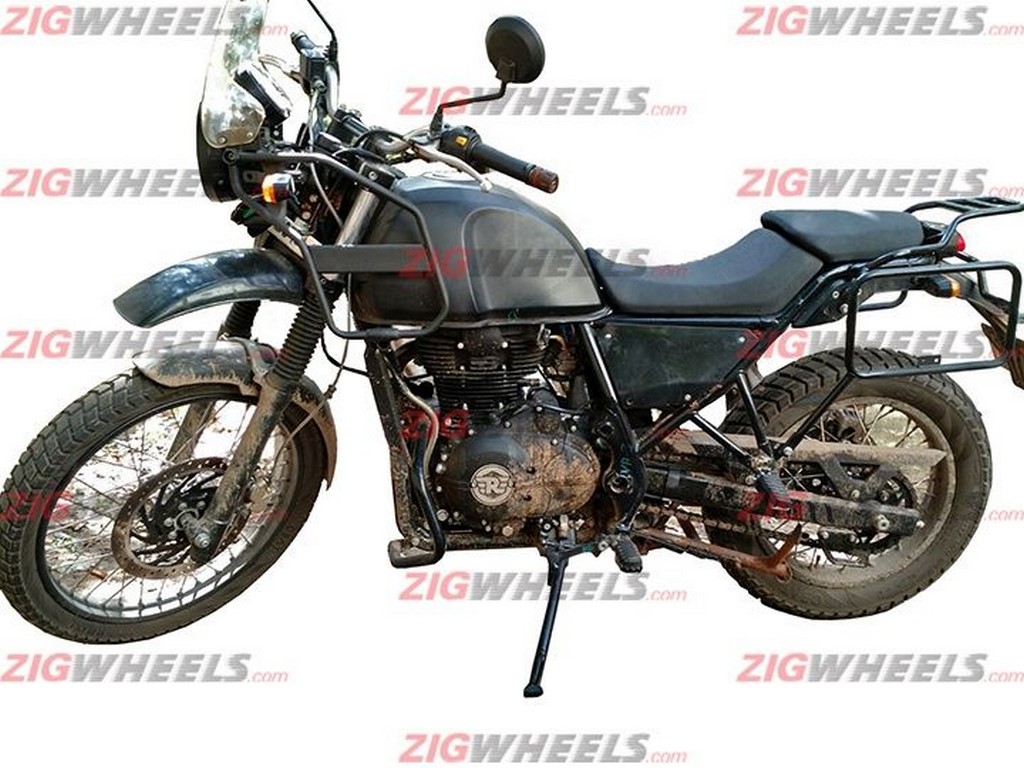 Royal Enfield’s Himalayan is going to be the most affordable adventure tourer in India and it already looks an impressive package. No matter what anyone else tells you, it is NOT going to launch this year. RE’s top brass has, time and again, confirmed that their next launch will be in 2016, most probably within the early few months.

After so many spyshots, we know how will the motorcycle look but its engine details have been a well-kept secret till now. In an update, Zigwheels shares some new spyshots which reveal the presence of a vertically stacked oil cooler. So the traditional air cooled setup has been bid adieu and this is the same technology which has been used on the Pulsar 220, ZMR etc.

They further speculate that the all-new near 400cc engine is expected to output around 28 PS of power and 32 Nm of torque. Also, it may come mated with a 5 speed gearbox. 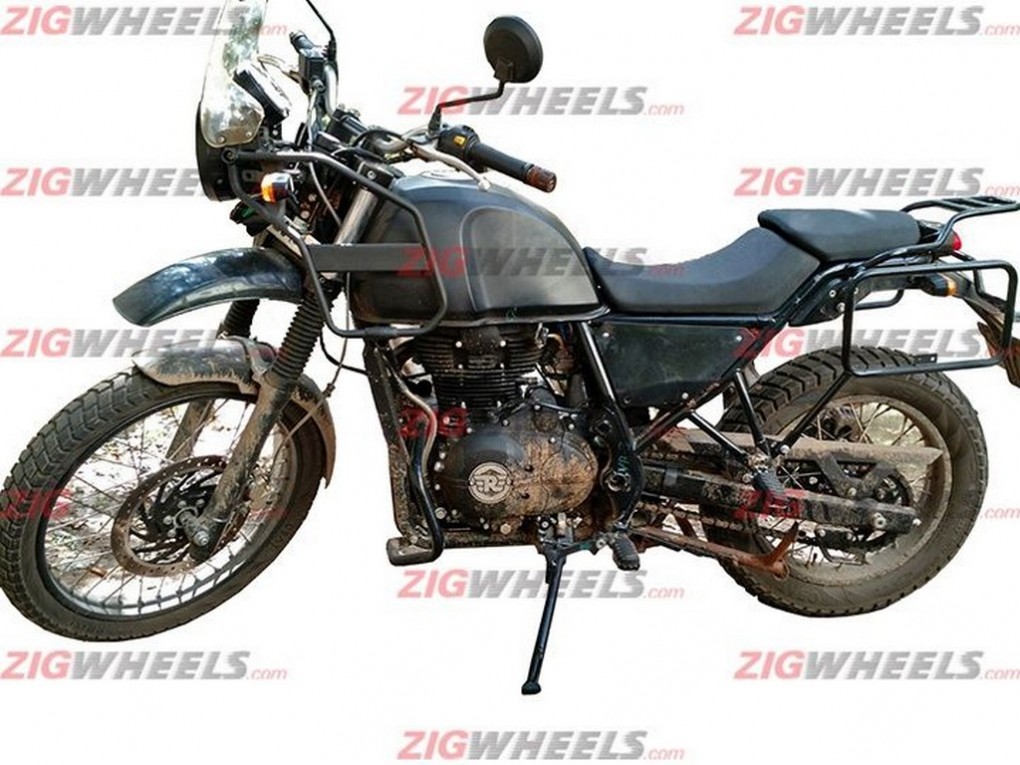 The report further states that the engine is expected to be a relatively more rev-friendly unit with the needle heading to 6,500 to 7,000 rpm with relative ease. It is also believed that RE has ditched the age old push rods for overhead cams. Vibrations too will be controlled with the help of counter balancers… much needed!

They also have a new instrumentation console which gets an analogue speedo, tacho and fuel gauge. We can also notice the digital display for trip meter, odo meter, clock, compass and an altimeter! Yes, Royal Enfield is really serious about making the Himalayan a modern day product. The good thing is that it looks neat and easily-readable!

Zigwheels also says that ABS will NOT be offered initially but may come sometime later. Himalayan will make do with Ceat tyres in stock form whereas Pirellis may also be offered at an extra premium. We expect the Himalayan to be placed under the Continental GT and if Royal Enfield prices it competitively, we expect it to fly out of showrooms…