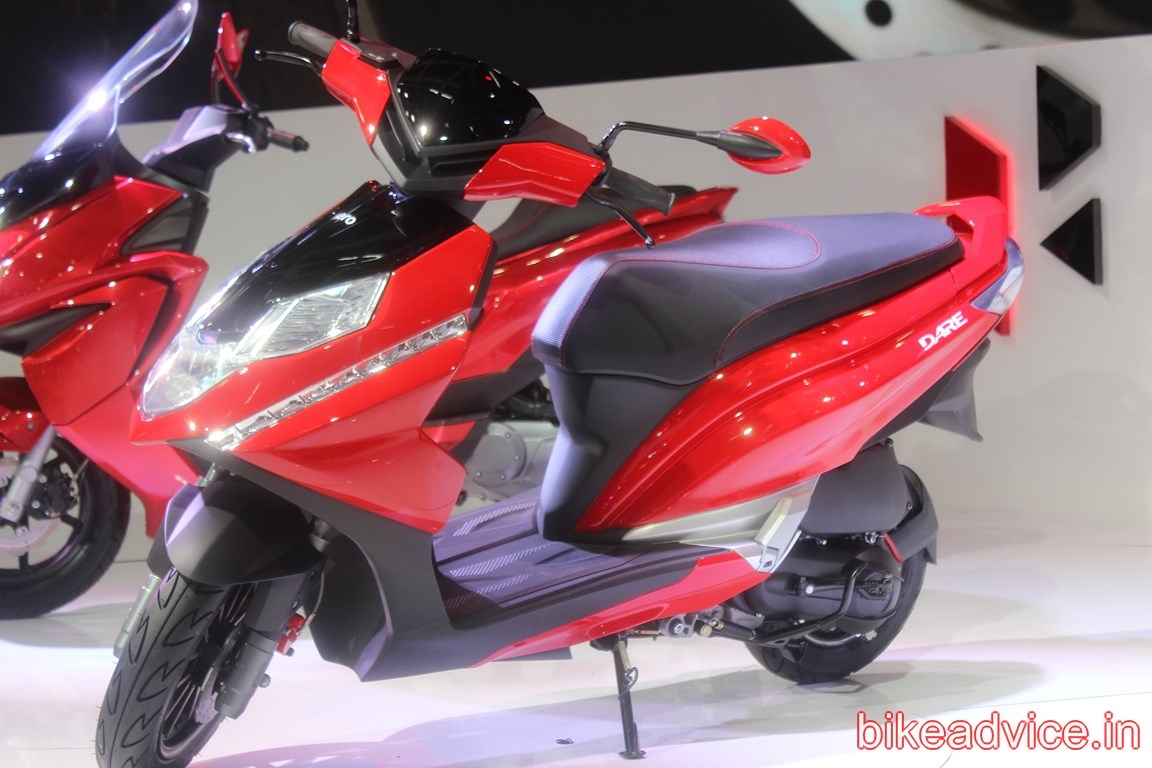 With the Splendor iSmart 110 done and dusted, the desi-bred two-wheeler maker Hero, now has the task in hand to make the Splendor brand the leader again. While sales have continued to remain great, the monumental rise of the Activa has made the Splendor fall down to the second position. In the scooters segment, they are comfortably ahead of TVS now at the second spot, however, some light years away from Honda.

Their indigenious Maestro Edge has been doing well but what apart from that? Some new info has reached our ears via our secret sources which reveals that Hero’s next product is set to be a bigger scooter and a new motorcycle. Now let’s talk about the scooter first. Our best guess for this is the 125 cc Dare which they showcased at the 2014 Auto Expo. 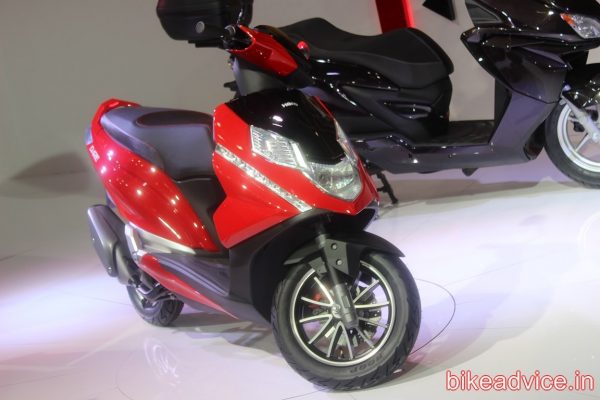 The Dare, in the concept form, claimed an output of 9.1 bhp of maximum power and 9.5 Nm of peak torque and had a design resemblance with Honda’s Dio. While it has been two years since Hero talked about it, Dare can give them a much needed space in the 125 cc segment where we have scoots from Honda, Vespa, Mahindra and Suzuki. Hero also has the 150 cc Zir but that is still some time away as we believe.

Apart from this Hero is also set to do a Bajaj and from what we hear, they are set to introduce a new brand. That is all we know at this point and it can either be a motorcycle or a scooter range. If it is not the electric scooter range (Duet-e, Leap), are they talking about the ‘HX’ brand? The other motorcycle upcoming motorcycle Xtreme 200S has been officially announced to be a 2017 launch candidate (before the Auto Expo 2018 is what they said) and it may retain the ‘Xtreme’ moniker.

Also Read: Hero Shocked Everyone at 2014 Auto Expo But NOT Much Has Made it to the Roads in 2 Years!

As the supremo Mr Munjal has said, Hero’s time has come. The path ahead will show whether Hero can overcome the hurdle of moving ahead of Honda’s dependency seamlessly or not.