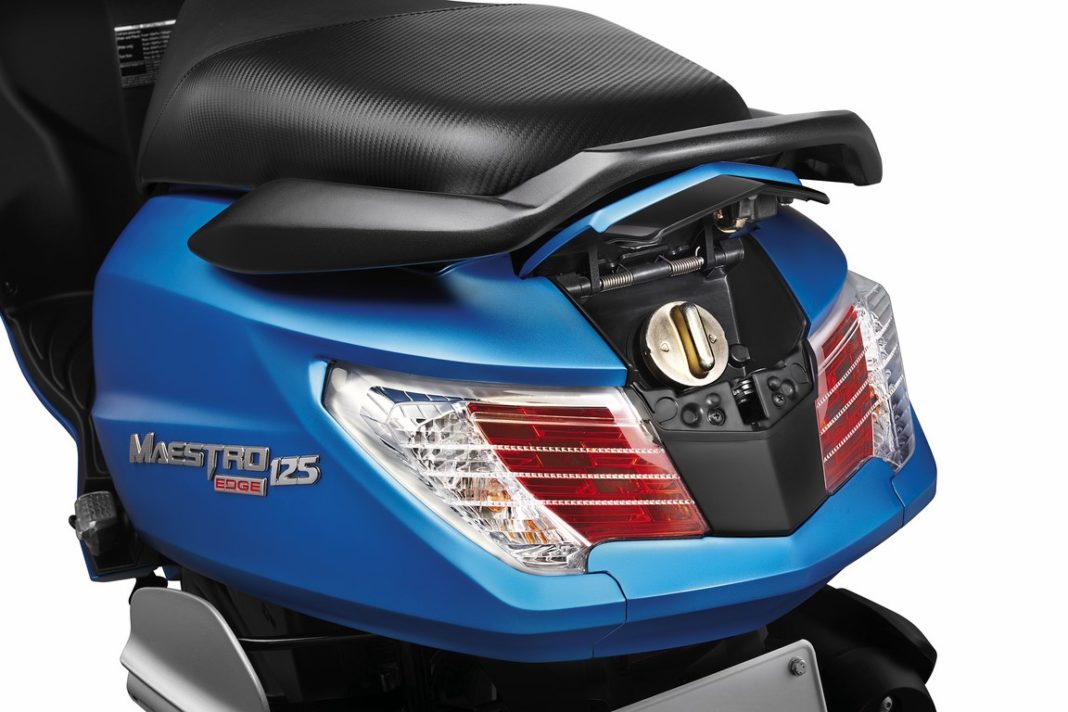 After the introduction of the 200cc motorcycle trio, Hero’s upcoming launches of the month are expected to be at least two scooters…

Hero has sent out invites to the media for an event on Monday, 13 May. It has promised to launch new range of two-wheelers. This event is expected to be the official introduction of 2019 Pleasure and Maestro Edge 125.

The Maestro Edge 125 was showcased at the 2018 Auto Expo and will feature similar looks like its 110cc sibling and the engine of Destini. It will get Hero’s i3s (start-stop) technology, integrated braking system, side stand indicator among other features.

Surprisingly, Honda-inspired Pleasure is selling more than Hero’s indigenous scooters Maestro Edge and Duet in the 100-110cc segment. As a result, Hero has planned a major revamp to the entry level scoot. According to the spy pic that surfaced, Hero will be lending it a complete makeover in terms of design. You can see its spy pic here.

It will be more chic and gets a retro-modern design with hexagonal headlamp and apron mounted side blinkers. It will be interesting to see if Hero continues with the Honda-sourced 102cc engine on this scoot or will they upgrade it to the 110cc self-developed motor, looking at the upcoming BSVI regulations.

Like Hero surprised us with the Xtreme 200S at the recent launch of Xpulse, we would not mind if there is a sportier scoot which arrives out of nowhere on the 13th!