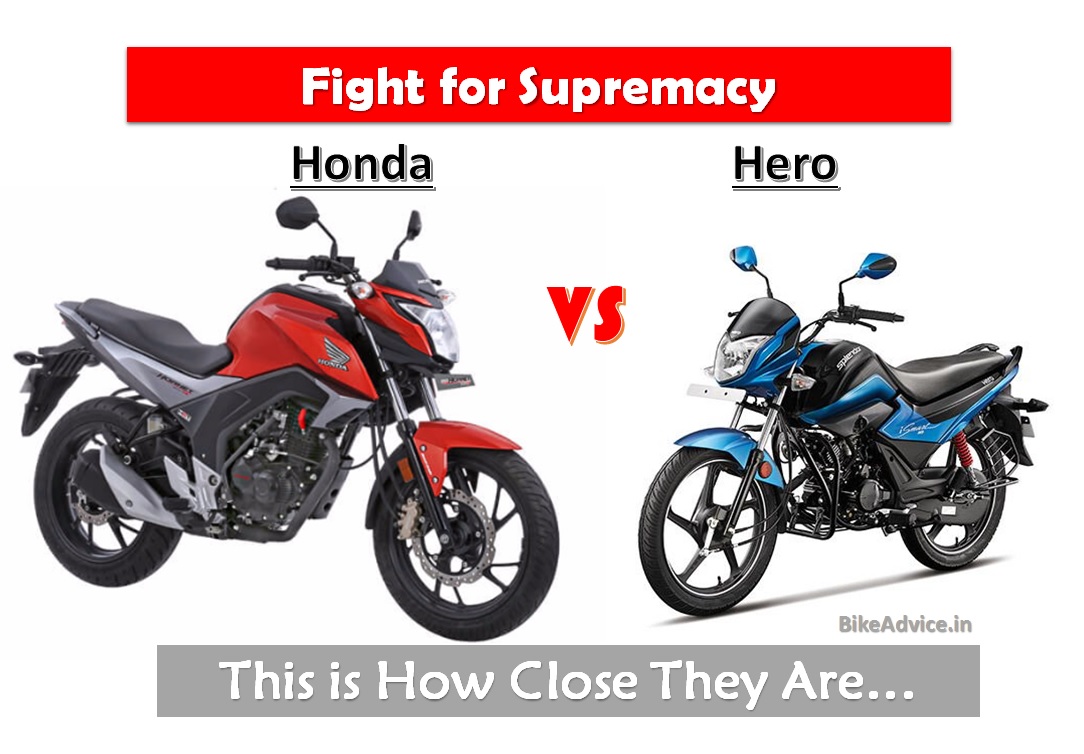 It is no secret that Hero’s erstwhile Japanese partner Honda has been eyeing their top spot ever since they split. While the Japanese maker relies more on automatic scooters, the Indian multinational bases its might on motorcycles. The fight is growing with every passing day and with the advancements they have made, it becomes abundantly clear that Honda is inching precariously close to Hero’s tally.

In the month of September, Honda sold massive 5,69,011 two-wheelers. These are their best numbers ever and as compared to last year’s 4,30,724 units (in the same month), it is a huge leap of about 1.4 Lakh units which also makes them the highest volume gainer in the country.

In contrast, Hero also posted their best-ever figures of whopping 6,74,961 units which gives them a comfortable lead against their arch-rival, for now. But it must be understood that Honda, which crossed 5.5 Lakh units for the first time, has landed foot in this 5 Lakh+ arena and you may believe it or not, but they are closer than what these figures tell you… 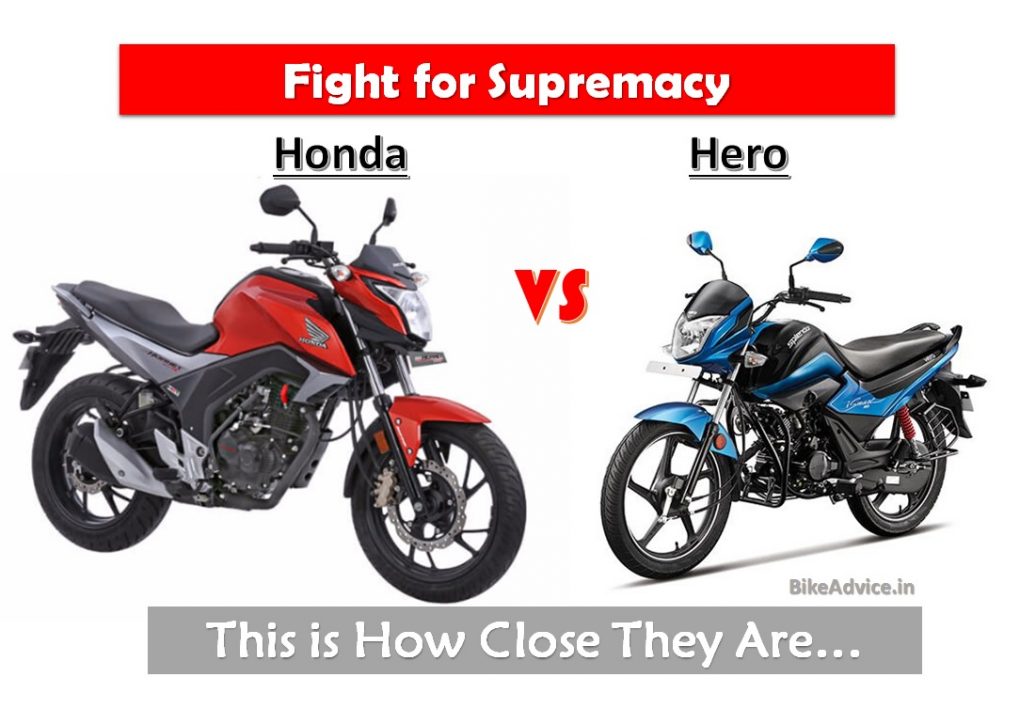 Strengths of the Brands:

In another first Honda’s automatic scooter sales crossed 3.5 lakhs for the first time hitting 3,55,655 units, inferring a growth of 35 percent against the same month last year. On the other hand, a very strong 65 percent market share in the 100-110 cc segment and 55 percent hold in the 125 cc territory (both motorcycles) has helped Hero maintain the lead.

Moving away from older Honda sourced engines, Hero is gradually plonking indigenous mills on their new models. They also reached another significant milestone in September by becoming the only Indian manufacturer to hit 70 million two-wheelers! 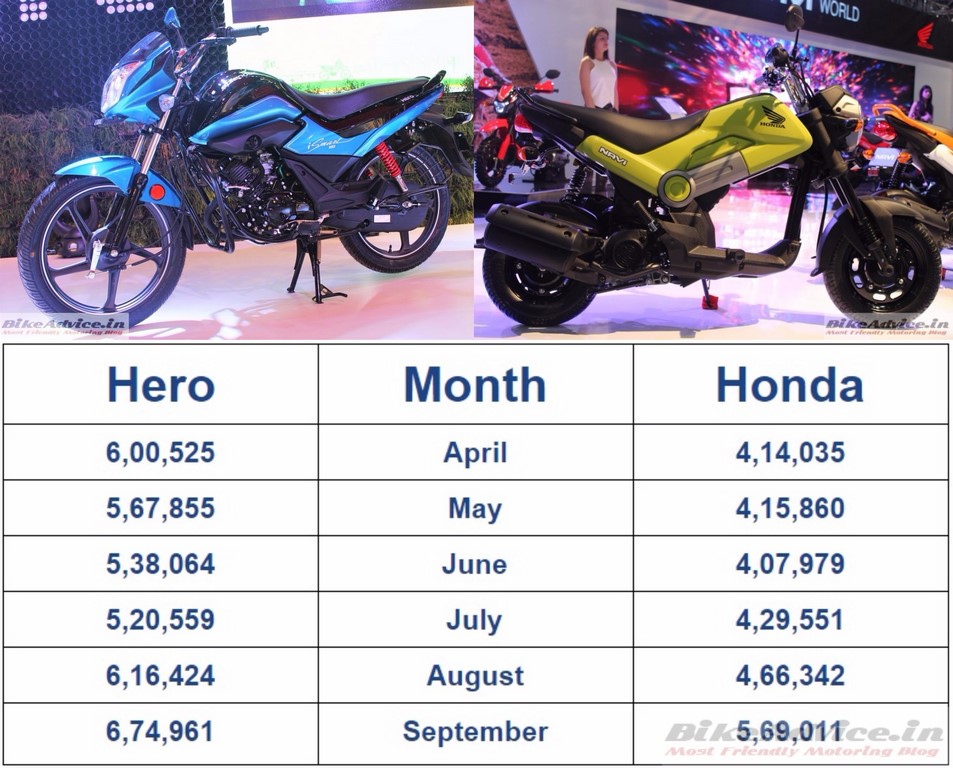 Both the motorcycle makers have recorded phenomenal growths but the challenge for them (specially Hero) would be to maintain the momentum. A minor slip here or there and things may just turn turtle!

Why are we stressing on the ‘precariously-close‘ phrase is because – Hero has to go through a major litmus test of this transition from Honda-sourced technology to their own for the complete coming year – which will be the most crucial time for them ever! Maintaining the same technology-levels will be really difficult for Hero and in the coming two to three years we may see a significant exodus from the brand onto others, specially Honda!

In comparison, Bajaj which was once a major challenger to Hero and Honda registered 2,30,502 units in September and 11,28,425 cumulative units so far in this financial year.