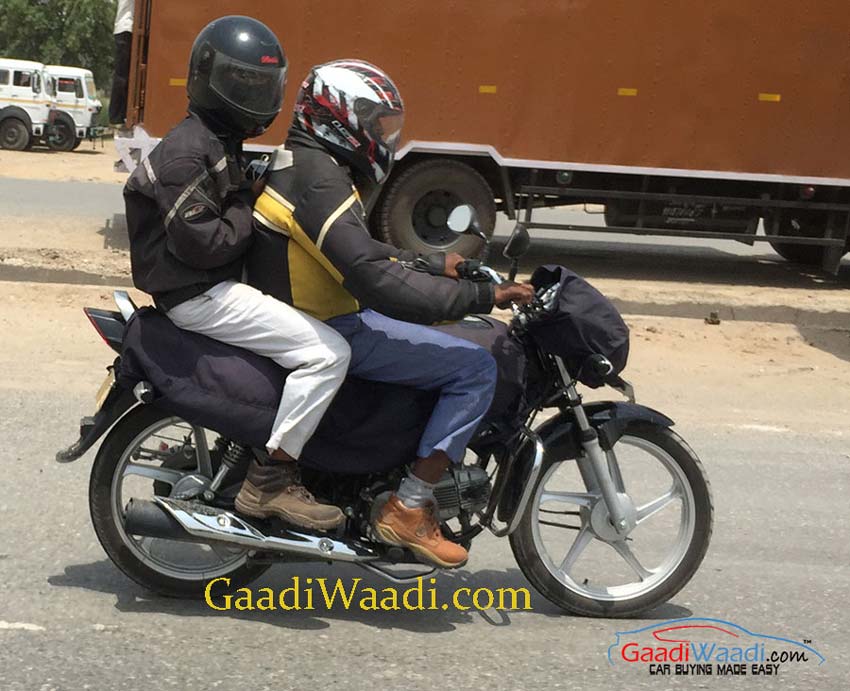 We have grown young seeing Splendors ruling the streets! Hero’s Splendor sits right at the entry point in the Indian small capacity motorcycle segment and now has a lot of different variants, including the new Cafe Racer! It has been running on with the same 97.2 cc Honda-sourced engine for eons of years and still clocks the highest sales despite we entering the 21st century!

However, Hero needs to shift the dependence on their own engines as soon as possible and establishing the same level of quality will need time and tons of it, for sure. Amidst all this a Hero entry level motorcycle test mule has been snapped by the folks at Gaadiwaadi.com, which is claimed to be the new HF Deluxe facelift. However, it looks more of a Splendor to us looking at the contours on the tank, headlamp and a few other areas.

Nonetheless, the point is that Hero is testing one of their product out in the open and if that is the case, there has to be some mechanical tweak/change somewhere. The engine does have very minor differences in the outer design but it continues to be horizontally installed. 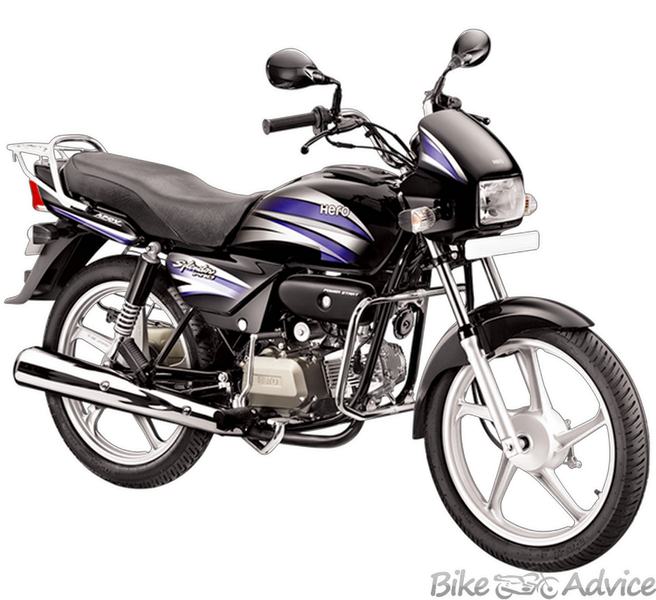 We do not know if Hero is working on an engine under 110cc. So this question that if this is Hero’s new indigenous small capacity motor or the same Honda’s 97cc mill can not be answered at this time. 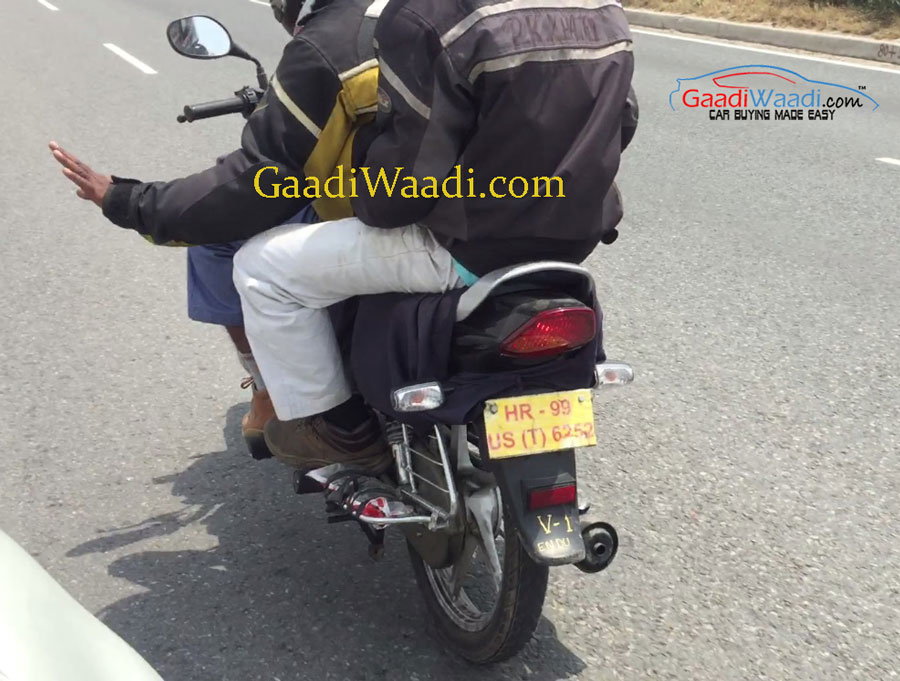 Apart from that, we can notice that there is a new tail design, grab rail and a few other minor tidbits that differ from the current Splendor or HF Deluxe. Let us wait for some more dope on this to understand what is Hero upto…