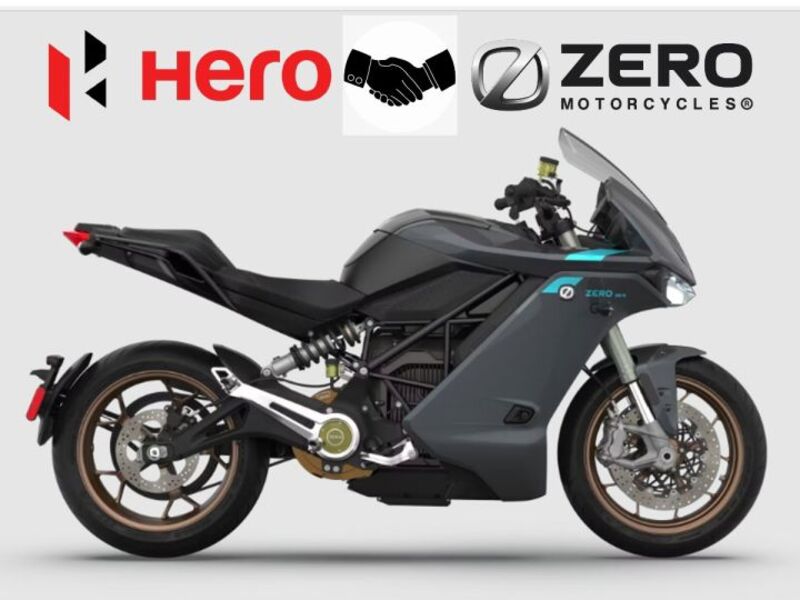 Today, Hero MotoCorp announced that they are finalising their partnership with California-based electric motorcycle company, Zero Motorcycles, with an aim to ‘Co-develop Electric Motorcycles’.

They have further shared that the company’s board has also approved an ‘Equity Investment’ of up to USD 60 Million (~ Rs. 492 Crore) in Zero Motorcycles. Up until now, Zero Motorcycles have raised nearly USD 300 Million in funds and this amount from Hero MotoCorp will allow the company to have a sizeable stake in Zero.

The Zero Motorcycle partnership is Hero MotoCorp’s 3rd such partnership in order to accelerate their aim to enter & dominate the electric two-wheeler market of India.

They have further partnered with ReadyAssist to offer After-sales service & support to their B2B customers and also have joined hands with Bharat Petroleum to quickly expand the charging infrastructure for electric two-wheelers.

There is a high chance that this partnership could facilitate the entrance of Zero Motorcycles’ premium lineup into the Indian market. This means highly capable machines like Zero SR/F with a claimed range of 229 km and cruising speeds of 177 km/h could make their way to our shores. It will not be a cheap machine though, mind you. In the U.K. it costs an equivalent of Rs. 21 Lakh, meaning only a few will be lucky enough to own such a marvel of technology.