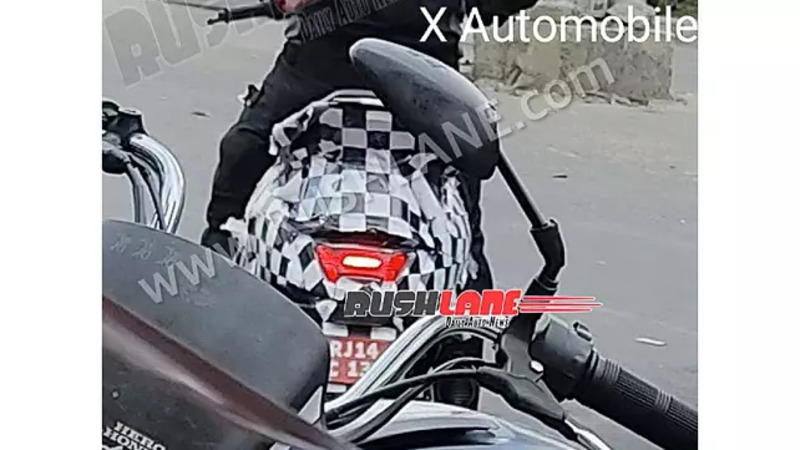 A few days back we reported that Hero have secretly unveiled their new Maestro Xoom scooter to their dealer network. Their prominent dealers attended a special event that was hosted by the company where they introduced the new scooter, from which some images leaked out showing the silhouette and USP of the upcoming scooter.

Now, an online portal have shared images of a scooter being tested under camouflage bearing the USP elements of the Hero scooter revealed to the dealer network recently.

This is the second instance where Hero’s upcoming scooter has been spotted testing on our urban roads. A few weeks back another test-scooter similar to upcoming Xoom was spotted parked on the side of the road, but at that moment of time, many details were unknown about the same.

So, from the name leaked from the secret dealer event combined with the patent document mentioning the ‘Maestro Xoom’ moniker confirms that the upcoming Hero scooter could be this scooter.

Combining the details leaked from the secret dealer showcase event and from the test-scooter in the images – it is prominently evident that the new Maestro Xoom will be introducing a fresh design language under the Maestro umbrella. The ‘X’ will be highlighted in the name as well as the design feature throughout the upcoming scooter. The LED headlight and taillight units will be designed to incorporate the ‘X’ into their design.

There are split speculations, however, floating in the ether.

Some whispers suggest that the upcoming Xoom might be an electric scooter. The major redesign, new design features and tech could point to the fact that this new scooter could be launched under the Vida Electric umbrella.

Yet, more compelling rumours suggest that the new Maestro Xoom will indeed be an ICE scooter, taking the Maestro range into a new era. It will be powered by the staple 110 cc engine from Hero but could get some tweaks to match the characteristics of the new scooter. This means there could be slight performance numbers upgrade, combined with their popular i3S start-stop technology.

The scooter will be suspended on conventional telescopic forks at the front and a monoshock at the rear. The braking could be handled by a front disc/rear drum combination fitted to 10” alloys.

Expect the new Hero Maestro Xoom to launch somewhere at the peak of the upcoming festive season, i.e. in October 2022.

When launched, the new Maestro Xoom will directly compete with  Honda Activa, Honda Dio and the TVS Jupiter in its segment.