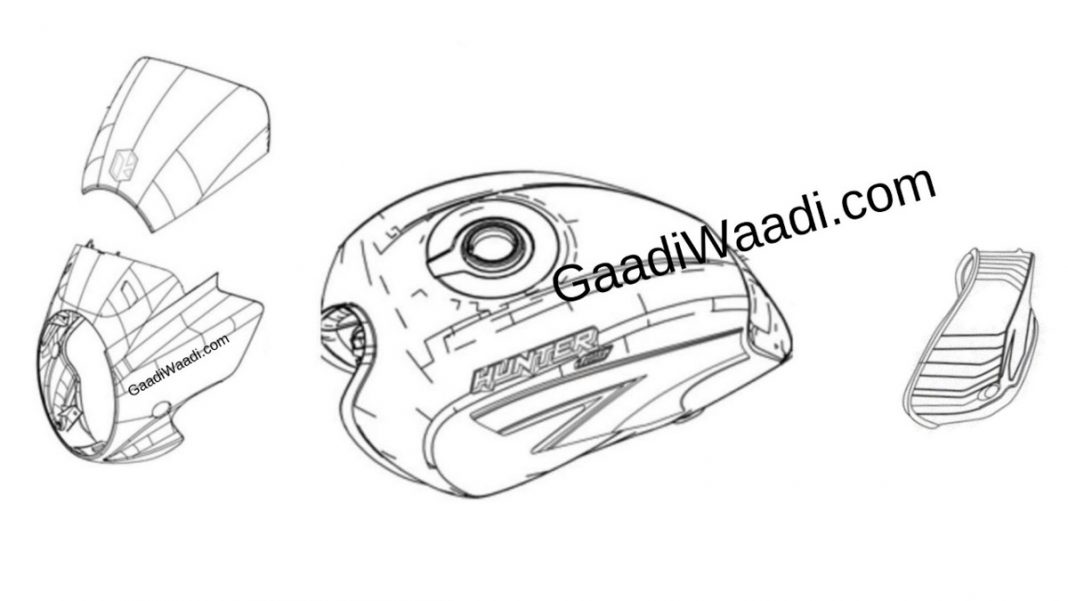 Speculated Hero Hunter pics have surfaced on the internet – So is India’s largest maker preparing a new brand for our market?

Gaadiwaadi has posted few patent pics of a fuel tank and some other parts of a motorcycle which they say is Hero MotoCorp’s upcoming motorcycle. The name on the fuel tank reads ‘Hunter‘!

They believe that this would be a commuter motorcycle which could be propelled by either a 110cc or a 125cc engine. We don’t have any clue of this at this point of time. By the looks of it it does look a ‘commuterish‘ product with a round headlamp and a utilitarian visor on top of it.

Since the ABS ruling is applicable on motorcycles of over 125cc capacity, we may see more bikes getting launched just shy of this capacity, so that they can live with cheaper CBS (Combined Braking System) and be cost effective at the same time (as compared to the price difference that may arise with 150cc ABS equipped versions). Bajaj is already reportedly working on a smaller Pulsar 125 which would be placed in the entry range.

If this Hunter actually is an India-bound product, we may get to know more about it in the near future. For now, Hero has announced that they have also started focusing on the premium segment, where they were paying no heed so far. The four new motorcycles Xtreme 200S, 200R, Xpulse 200 and 200T were introduced as a part of this plan.

However, almost all the sales of Hero come from entry level motorcycles and this Hunter could be a way to freshen up the lineup which has largely been running on Splendors and Passions so far…