Expectations have been high and the imminent launch of the new Karizma was awaited for over a couple of months now, even the folks at Yamaha like most of us thought that this bike would set the benchmark for 225cc bikes like how its predecessor did, the leaked picture of the bike undergoing testing and at the showroom surely killed the anticipation but now Hero Honda have finally officially launched the bike. This is an upgrade to the current Karizma being sold. 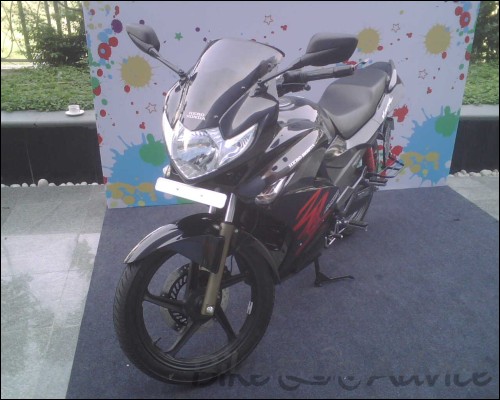 A lot of people have expected a lot both in terms of performance and looks from the new bike and so far it seems to be a a huge letdown. Rumors floated around that this bike would feature an all new 250cc engine, it was all just a rumor.For starters, it features the same 223cc engine from the older vehicle with the only difference being fuel injection. Power has increased by just 0.6 bhp along with a minute increase of torque by .15NM. It now produces 17.6 bhp at 7000RPM and 18.50 NM of torque. 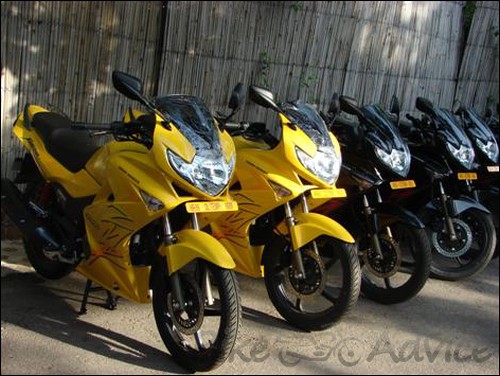 Hero Honda also claims a top speed of 135km/h which is 10km/h faster than the previous iteration. The fuel injection system also features the angle sensor found on the Glamour Fi that shuts off fuel if the bike falls over. The performance part of the bike seems to be the biggest disappointment with the bike being just a tad faster than the older one even after going through all the phases of trials and testing. 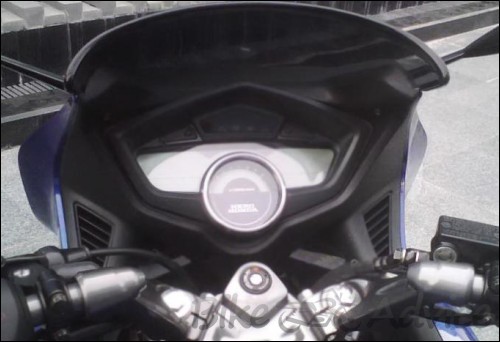 On the looks department, there seems to have been a little effort put in, with a completely new front fairing which fully embraces the bike just like the R15. It also features a headlamp which for some reason resembles the one from the Suzuki GS150. The most significant change however can be found at the instrument cluster with the bike featuring a full digital system which we have to say looks great. The new clip-on handle bars also add to the good looks of the cockpit. The rear also looks quite similar to the CBZ extreme with the new split grabs and rear lights. The new look is sure to generate mixed reactions. 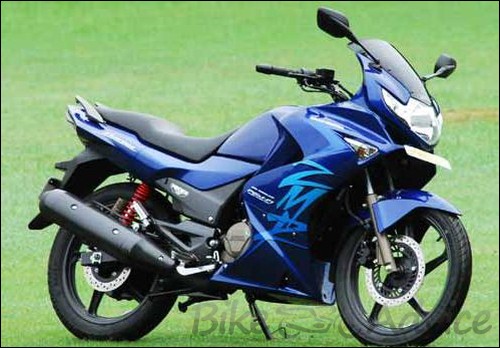 BikeAdvice Verdict: The bike has certain improvements over the older machine and it doesn’t quite seem to justify the 91,000 Rs. (Showroom price, Delhi) price tag. The older sibling set the bar in its time for what a performance bike should be like. Now it seems like all hopes have been let down by Hero Honda. The bike could have been a lot better in terms of performance and styling, with its new price tag, it costs as much as the R15 which was much faster than the old Karizma and also sports more technology and equipment than the new one, for now though not much can be said about its real world performance and handling which only a detailed test drive can reveal. 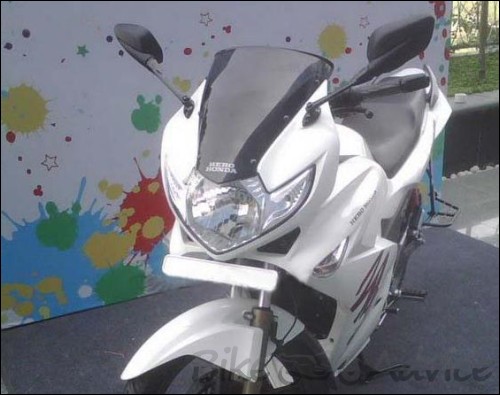 With bigger and better bikes in line for launch like the Ninja 250, the Fazer 250 and a possible Apache 200-250, you might want to wait for a while before you plan to pull out the cheque book.