It’s a rather unusual motorcycle story, one form World’s largest manufacturer that failed to grab sales chart, performed miserably, still chugging along with its two in house competitors, Four years is a long time. But still it refuses to die. We are talking about Hero Honda Achiever, years it has spent in showroom across the country. 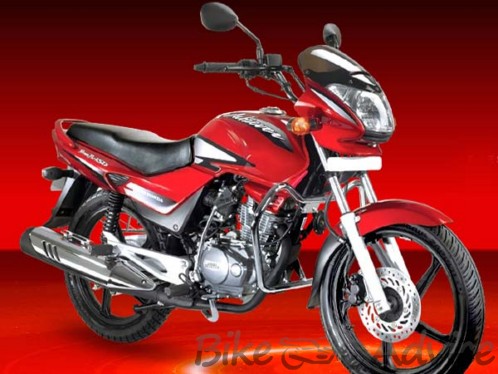 After the end of CBZ era in September 2005, Achiever first came around in 2006 with a round front fairing as Hero Hondas only bike in this segment before the CBZ came back in 2007. Soon Hunk followed and it meant Achiever’s role was a bit sidelined and neglected one. The looks and stance of the bike are from the Ambition family while it shares its engine with Honda Unicorn motorcycle. It’s an air cooled and 4 stroke with 149.1cc displacement. It produces 13.4 bhp (almost same of Apache 150) and is equipped with five speed constant mesh.

But nevertheless the Achiever fails to provide the thrill and rush as expected from a 150cc bike. It clocks 0-60kmph in 5.63secs. The bike has a big and masculine body that accounts for its near perfect straight line stability. But it doesn’t corner around too easily. It’s best when ridden on highways not in traffic. It has a top speed of 109kmph.

The ride quality seen in this bike is indeed commendable. Another thing you would be happy to notice is its low noise and vibration free engine. Clutch and gearbox everything happens to be smooth yet solid. The 240mm Front Disc brake also compliments well with the overall personality of the bike. Old narrow rear tyres have been replaced with a tuff up tube version which reduces the chance of punctures hassles. 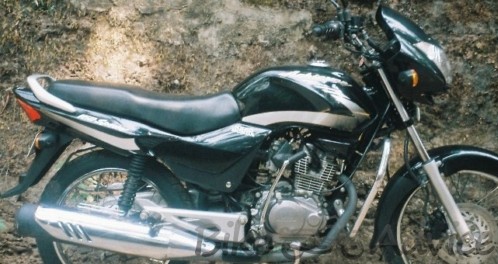 The bikes styling looks quite outdated. The graphics are far from attracting anyone. Hero Honda has updated it with stylish alloy wheels with all black styling to the bike which also is a relief. But even with those little paint changes it looks very much unattractive. It has Dummy scoops under petrol tanks and body and body colored grab rails.

Not to mention a uniquely designed muffler with Heat shield. The bike has a super bright headlamp which also works quite efficiently. It has a 12.5 liters fuel capacity and returns 54kmpl (overall) offering the customers a premium segment product at less ownership cost.COLORS AVAILABLE– Magnetic blue, Candy Blazing Red, Force silver metaalic, Palace Maroon and Black. 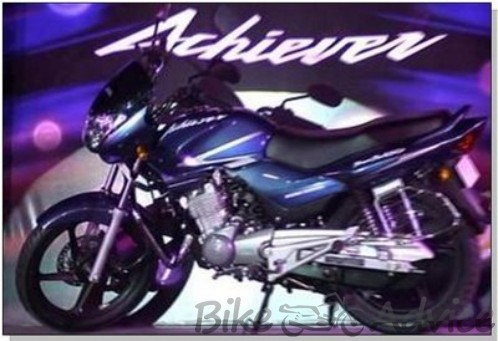 BikeAdvise– The bike does provide you a good ride quality and engine refinement but it lacks in styling which matters a lot in this segment. The bikes looks are outdated when compared to any other bike; it is perhaps the most aged 150cc motorcycle currently. Moreover it lacks all the latest technology abroad (LCD, LED’s). Hero Honda’s Hunk turns out to be a better option than Achiever.

And CBZ Xtreme even better. So Achievers name remains last on a customer’s wish list. It is priced at Rs 53,925 (ex-Delhi). Maybe it’s time Hero Honda says goodbye to Achiever which has failed to achieve anything till now. Else at least upgrade it like the ageing unicorn was recently upgraded.