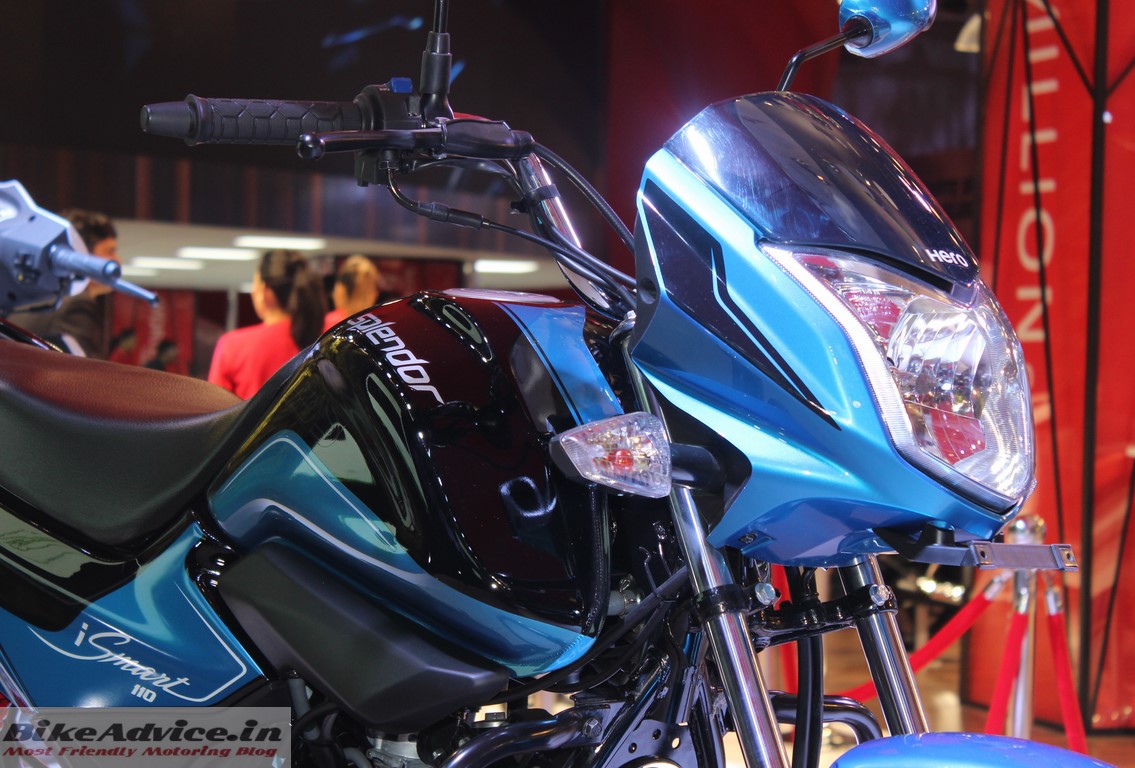 Slowly but gradually Hero is moving to its own set of engines. After scooters, they have unveiled Splendor iSmart 110 at the Auto Expo 2016, a motorcycle which has been indigenously developed and carries Hero’s engine.

Splendor iSmart 110, as the name suggests, is powered by an air-cooled 109.1 cc engine and produces 9.1 PS of peak power at 7500 rpm and 9 Nm of maximum torque at 5500 rpm and is mated to a 4 speed gearbox. Hero claims a top speed of 87 kmph and has already hinted that it will carry some astronomical fuel economy figures (not revealed so far).

In comparison, the Splendor iSmart which is sold right now carries Honda’s 97.2 cc age-old motor and churns out 8.36 PS of peak power and 8.05 Nm of maximum torque. In terms of certified figures, it is India’s most fuel efficient motorcycle at the moment. 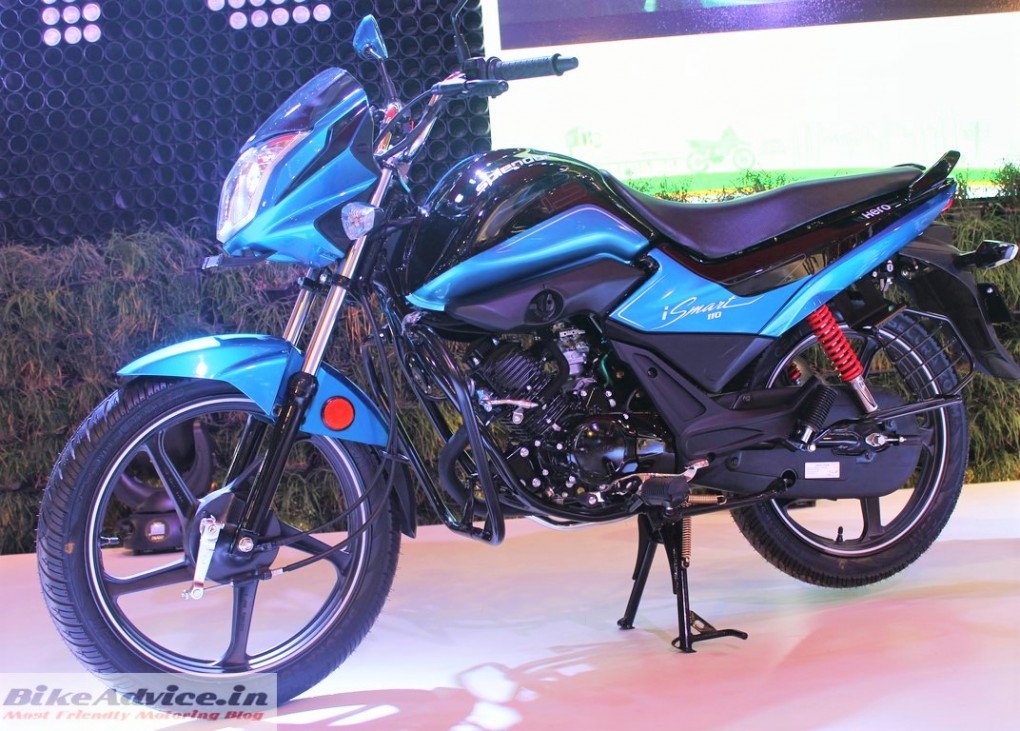 The new Splendor iSmart 110 continues with the same dual colour theme and looks fairly decent. Hero should be launching it sometime in the second half of this year of early next year which is when the existing iSmart will get discontinued. 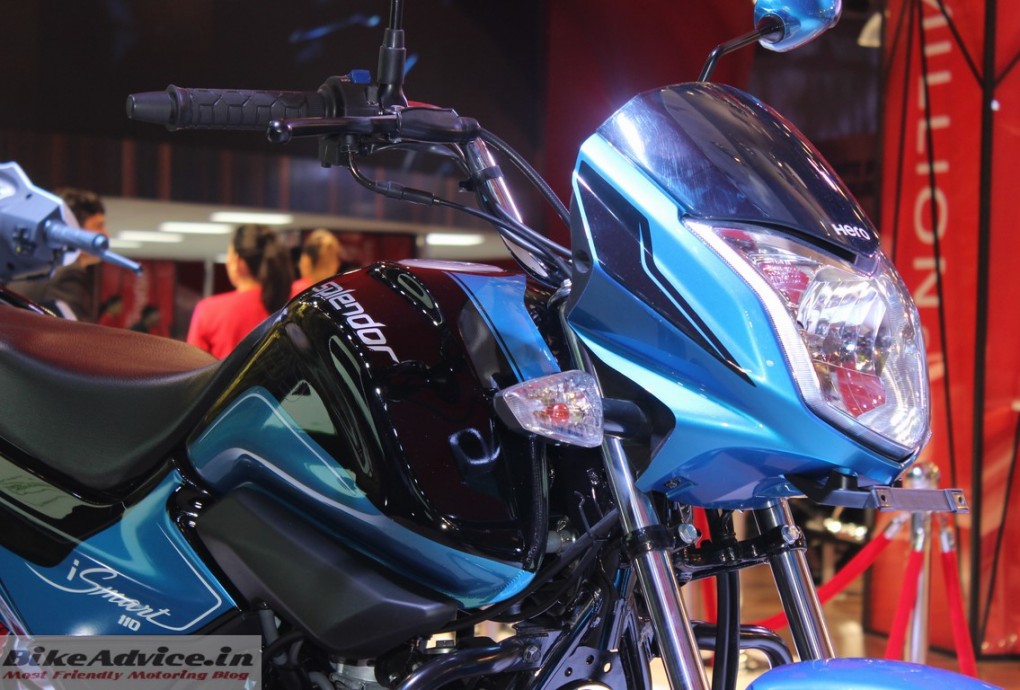 The current iSmart is priced at around Rs 50,000 to Rs 51,000 ex-showroom Delhi and Hero’s own iSmart which will get i3s technology (when not in motion, the bike shuts off itself saving fuel and powers back on upon the press of clutch) is expected to cost the same. 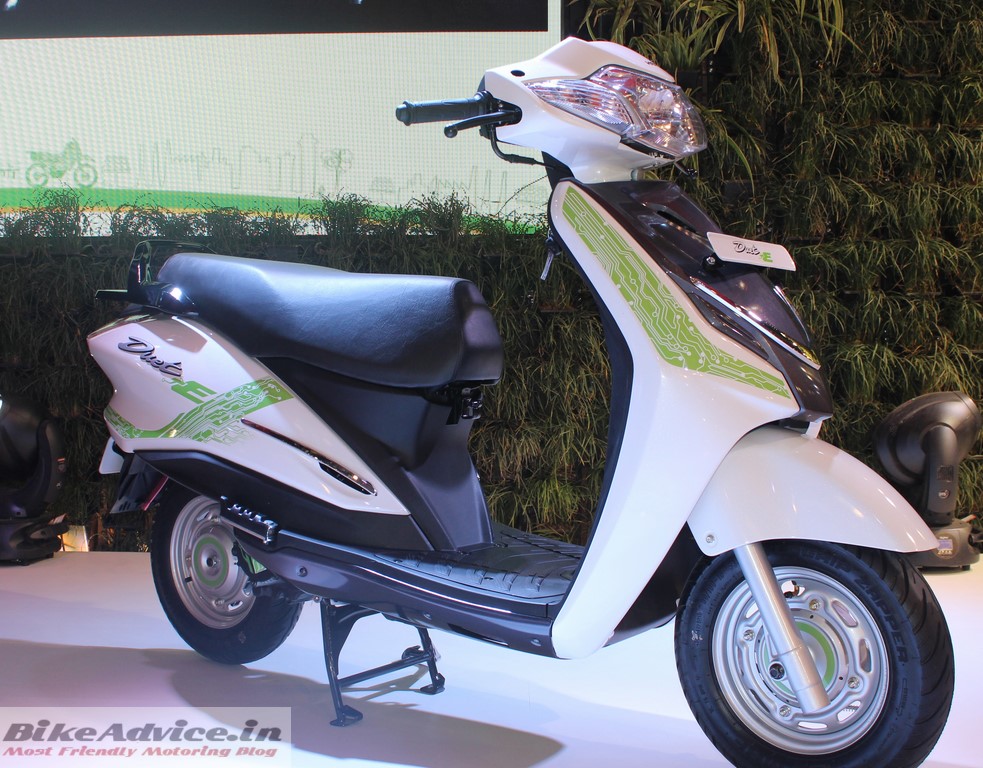 Hero also showcased the Duet-E concept electric scooter which is powered by a long-range Li-Ion battery and gets features like Anti-theft and bike finder etc.