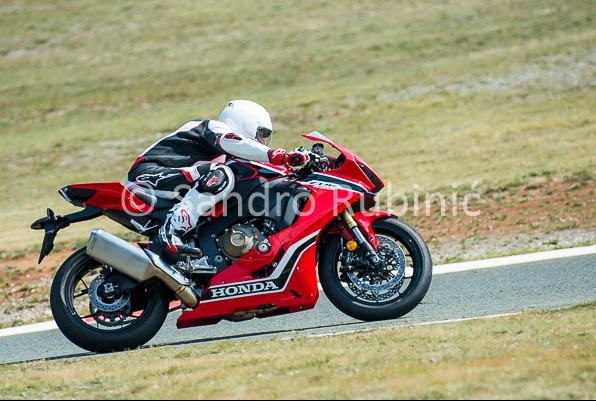 The Fireblade has been a name which has been associated with one of the most rideable litre class motorcycles. The bike has not been updated for a long time now and was expected to hit a new avatar for for the 2017 make year. The Kumamoto factory closure did raise some concerns that the update might get delayed a bit, but the bike seems to be on time for an EICMA debut. But wait, has Honda Japan gone the Honda India way?

Twitter user Sandro Rubinic, has posted images of a bike which seems to be the new Fireblade! But wait… The bike looks eerily similar to the present flagship. The crankcase cover, the frame and the overall body structure is pretty much the same as the present version! The fairing though gets a cosmetic recut, making it look sharper. If we talk about the swing arm, that too appears to be the same.

The exhaust too, is a new setup which must have been introduced to make the bike Euro 4 compliant. Spotted at Automotodrom Grobnik, a former MotoGP race track in Croatia, the bike was most probably out on a shoot for the TVC. 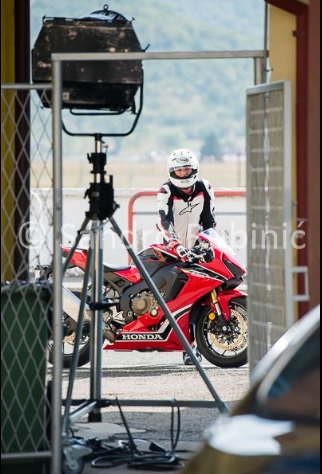 Now this might a far fetched dream but there is also the possibility that Honda has so much of faith on the chassis of the present version, that they are using it for the new 2017 CBR 1000RR as well. Mechanical changes can include some technical boost to the inline four-pot mill but the photos reveal nothing new about that so far. The new Fireblade will also get a full suite of electronic aids, features which Yamaha and Kawasaki have already introduced in their bikes. 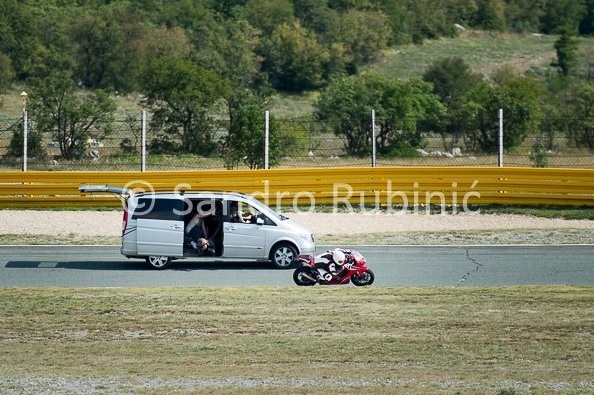 Read More: BMW to Bring two New Bikes at Intermot; What’s it Going to be?

However, these minor changes do seem disappointing from Honda, especially given their high rate of success in MotoGP till last season. Well, looks like enthusiasts will have to wait for the rumoured V4 superbike!