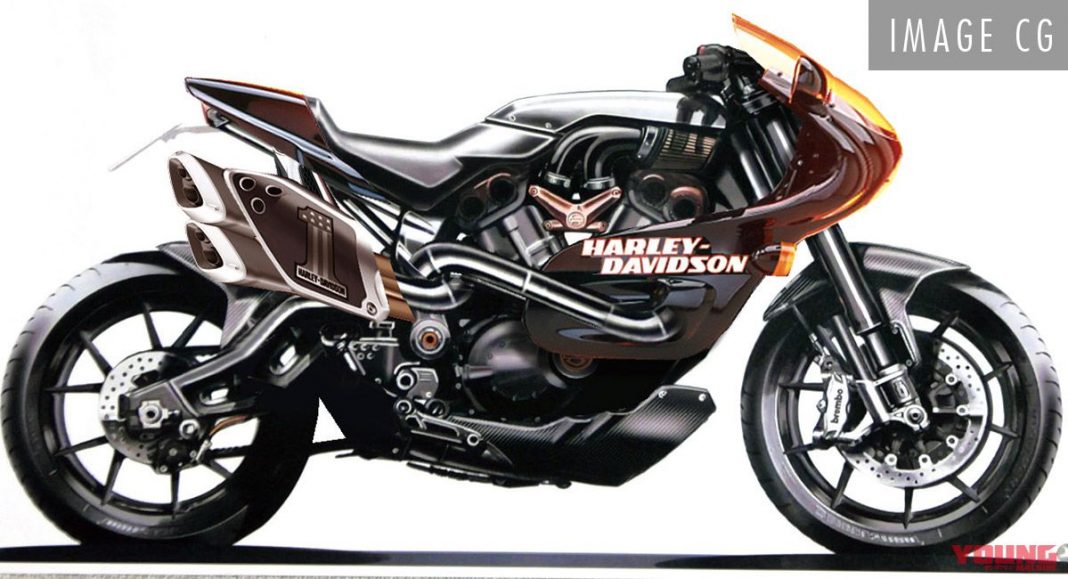 Harley Davidson is trying to reinvent itself and it is continuously trying to rope in younger customers who like sportier motorcycles, which have never been their patrons. For this very reason, it is venturing into new segments which it has never been a part of.

It is speculated that Harley Davidson is working on a new faired (semi-faired actually) motorcycle. In a latest update, its rendering pic has emerged which looks extremely interesting.

This motorcycle appears to be based on the already confirmed Harley Streetfighter. Hence, it may also use the same 975 cc V-twin engine of the naked sibling. It could be modern in the real sense with a dual overhead camshaft, liquid cooling, etc.

The semi-faired roadster design looks unique and with that bulky, aggressive stance it appears to be something different from the existing crop of liter class motorcycles. That half-fairing appears to be inspired from VR1000 – a Harley-Davidson’s racer from 1994 which used used in AMA Superbike Racing Championships.

This will only be the second faired motorcycle from Harley apart from the Pan America Adventure Tourer that the maker is developing. Harley’s most ambitious motorcycle ever is the new HD338 that it will probably launch this year. It is being developed in partnership with Qianjiang Group and may probably be based on the Benelli 302S.