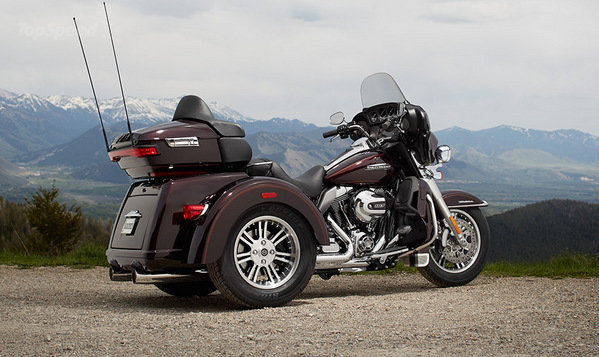 Harley-Davidson has their entire range of motorcycles on sale in India; what they don’t have at present in our country is their trike. Such three-wheeled motorcycles have been popular in America and several other parts of the globe, and no, we aren’t talking about bikes with sidecars. 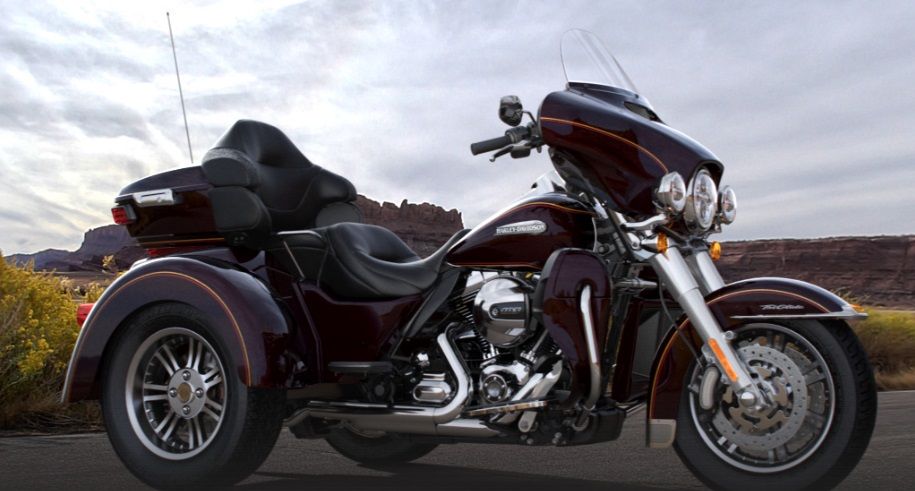 Harley-Davidson has only one trike as of now which is known as the Tri Glide Ultra and it sports a semi-water-cooled engine that’s used on the two-wheeled Ultra Limited from their ‘Touring’ range that has bikes like the Road King Ultra Classic, etc. A new trike will be launched next year by the company with the same air-cooled 1688 cc engine that powers the Electra Glide Ultra Classic, Street Glide and Road King from their Touring range of motorcycles.

The storage panniers on these bikes are big enough to accommodate a weekend getaway’s worth of luggage for two and Harley’s current trike is no exception here with the standard ‘boot’ and optional ‘Tour Pak’ offering a combined capacity to haul more than 36 kg. I would like to mention here that Harley’s trike is not a bolt-on kit like most other trikes; the current Tri-Glide’s chassis was designed keeping in mind a three-wheel application.

The new trike will be positioned below the fully-loaded Tri-Glide, which carries all the features of the Electra Glide Ultra Classic and then some, because Harley-Davidson would want to target people who want to get back to riding to experience wind-in-their-hair again but without subscribing to the masochism associated with riding the near-400 kg hulks.