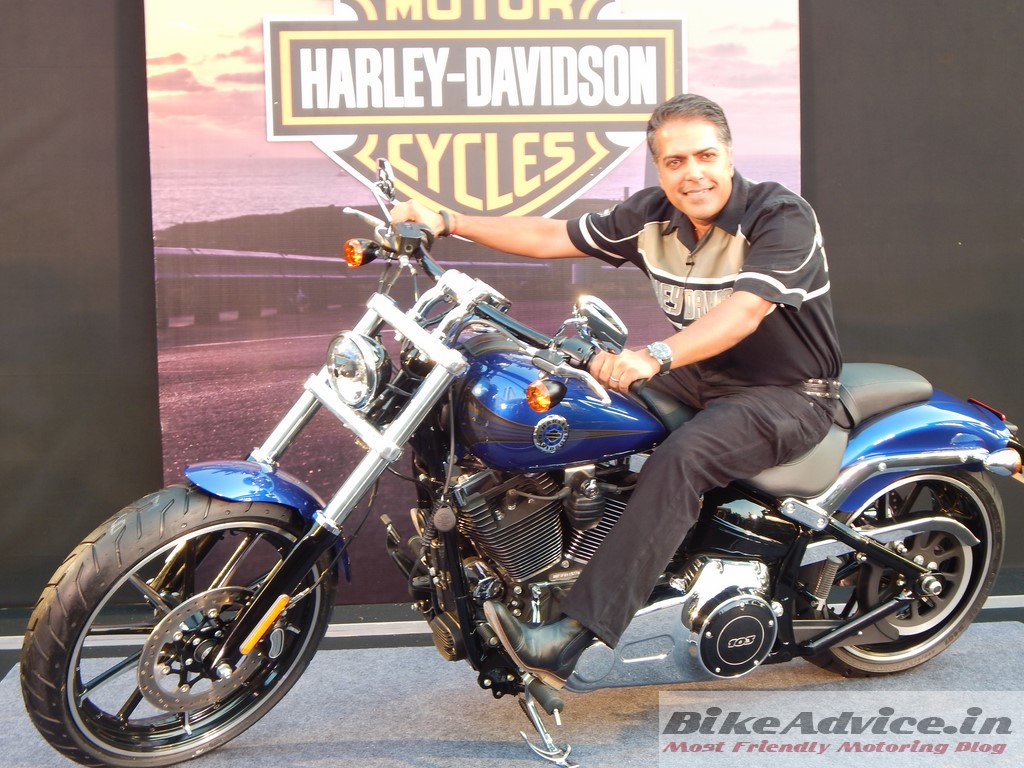 Apart from the CVO Limited and Street Glide Special, we talk about the third and most affordable motorcycle that Harley has launched in India at an event in Mumbai – the sleek Softail Breakout. 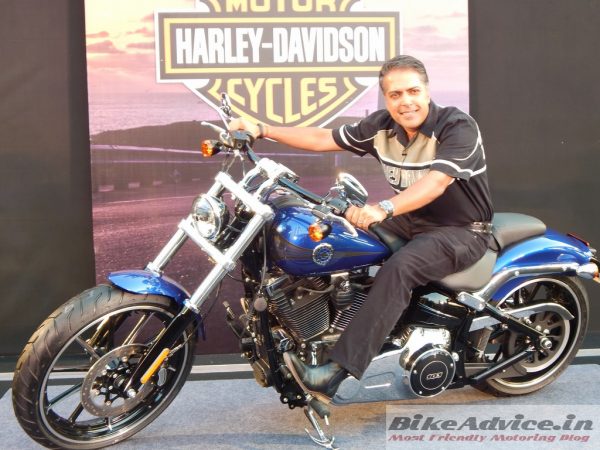 Carrying over the lineage of the Softail family, this beauty can be yours for a ‘relatively’ cheap Rs 16,28,000 ex-showroom, Delhi. Basically a drag racer, it still carries over the signature chopper styling.

The essence of the design is to make one break free from all the barriers by which one is restricted with in our day to day lives and leap to a new era of freedom. The concept dates back to the early and mid-70s when an avid Harley Davidson fan wanted to make something new out of his Super Glide and showed it to the owners of H-D. They initially did not support him fully but encouraged him to continue. And that’s what he did. Later in the early 80s the company bought all the patents and design plans and launched the first Softail in 1983-84!

Till date the concept of neatly hiding the rear suspension under the frame continues. The massive 21 inch wheels and the fat arse 240 section (widest ever in a Harley) 18 inch tyres look brilliant in those alloys. The aggressive low stance is well accentuated with the tiny headlamp up front.

The 1,690cc Twin Cam 103 engine decked up in chrome and fine-tuned to give out maximum fuel efficiency (17.86 kmpl!) while cruising on the highways. It churns out 130 Nm of torque at 3,000 rpm and has a new front brake system with four piston calipers. The company claims that this year’s model has been able to see the force required on the lever during peak braking drop down by 40 per cent. It also gets ABS as a safety net.

One interesting fact about the Softail family which we would love to share is that the engines are not rubber mounted and use a counter balanced version of the Twin cam engine (a bit different than the one in the Dyna) to negate the vibrations. How successful it has been? Well we will be able to talk more about the motorcycle once we take it for a spin…

This 309 kg (dry) beauty will be assembled at the company’s plant in Haryana.