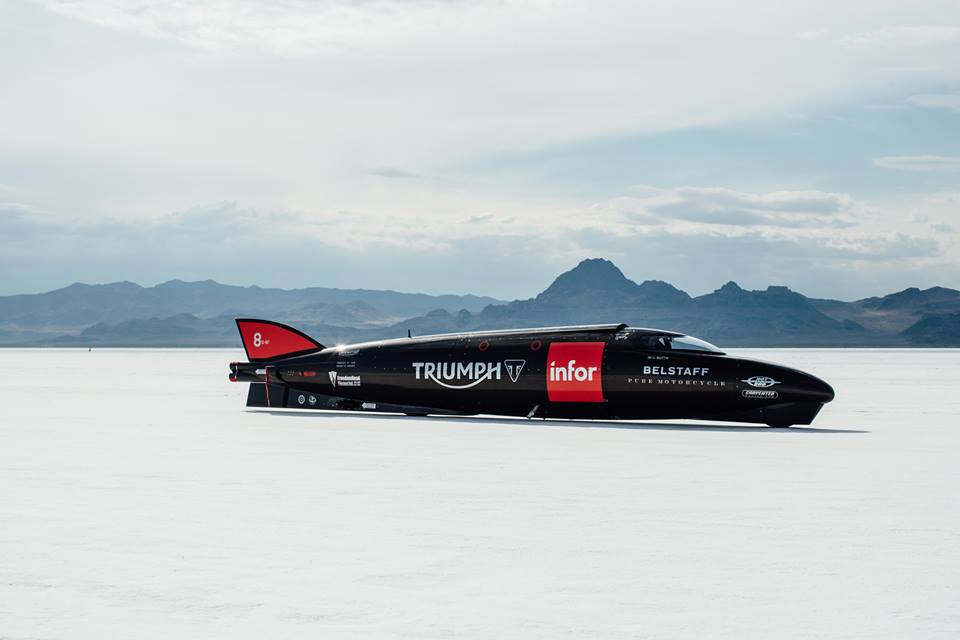 Guy Martin and Triumph’s land speed record breaking attempt came to an end when he lost control of the Infor Rocket Streamliner. Part time lorry mechanic and Isle of Man TT legend, Guy’s bike toppled over. This comes after his scheduled first attempt was postponed on Thursday due to adverse weather conditions.

Triumph and Guy are attempting to break the land speed record on two wheels set by Rocky Robinson back in 2010. Riding the Top Oil-Ack Attack Streamliner, Rocky’s record stands at 376.36 mph (605.69 kmph)! 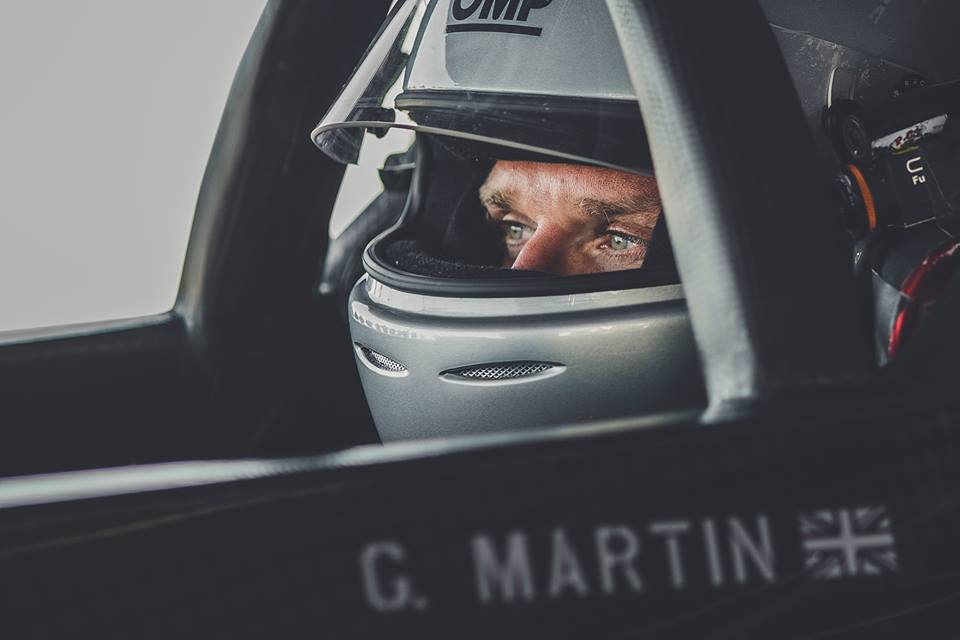 Here’s what the officials at Triumph had to say about the incident:

“Tricky course conditions at the legendary Bonneville Salt Flats have once again proved challenging during the latest stage of the Triumph Motorcycles Land Speed Record attempt. With clear sun and virtually no wind rider Guy Martin set off from mile marker 9 to record his FIM-required certification run.

Setting off smoothly Guy was making good power in mile one when the Triumph Infor Rocket Streamliner lost traction on a damp section of the salt surface, causing the rear of the machine to step out of line and the streamliner to go down on the course. Guy was completely uninjured in the incident, however, the streamliner will now require a full inspection before any further runs can take place.”

The good thing is that Guy is safe. In fact, there have been reports that the 34 year old was later seen standing next to the bike with his helmet on.