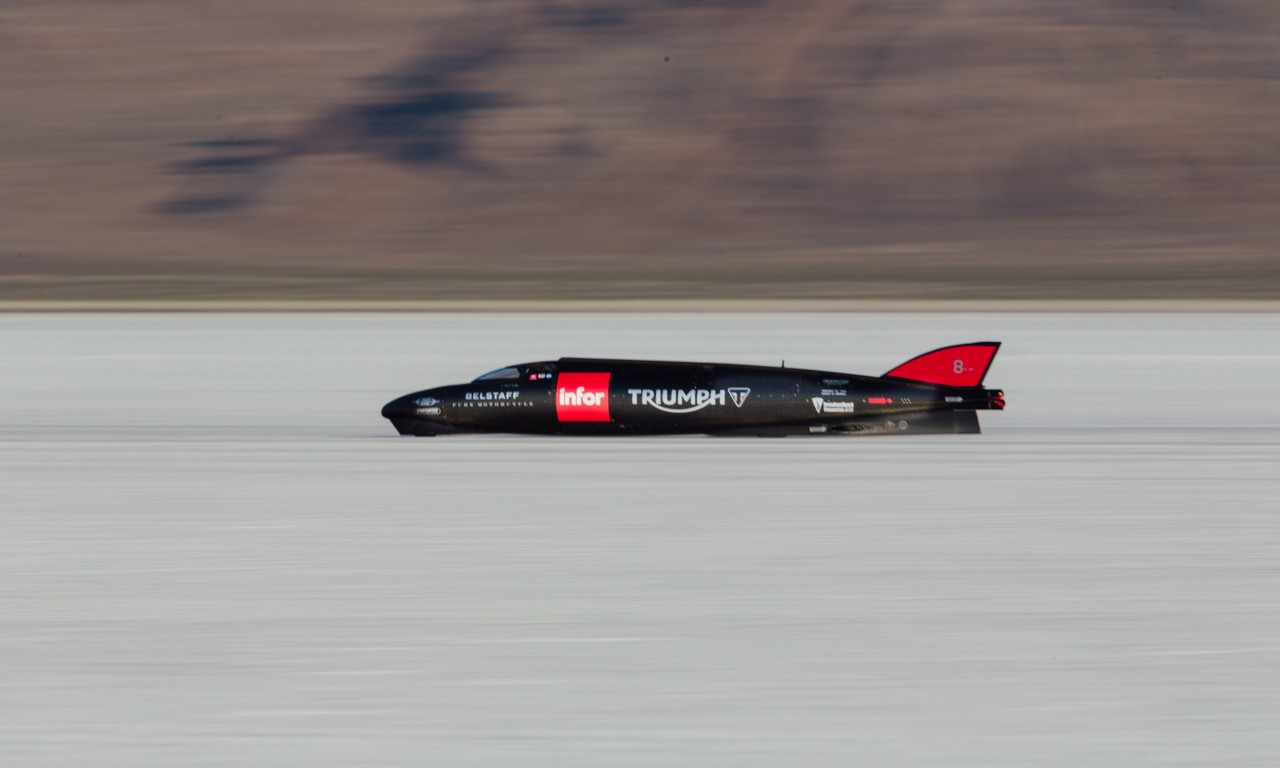 Guy Martin and Triumph have done it! He, aboard the Triumph Infor Rocket Streamliner, has achieved a speed of 274.2 mph (441.28 kmph). That’s way more than Triumph’s previous speed record of 245.667 mph (395.36 kmph). The official world record though stands at 605.697 kmph set by Rocky Robinson back in 2010 when he was riding the Top Oil-Ack Attack streamliner.

Things began early in the morning on the first run of the day. After a steady start, Martin accelerated the streamliner to a mind-boggling speed of 441.28 kmph. Just after the two mile marker Martin came to a controlled stop near to the team’s base camp to be greeted by the news that he had broken the 46 year old Triumph record! 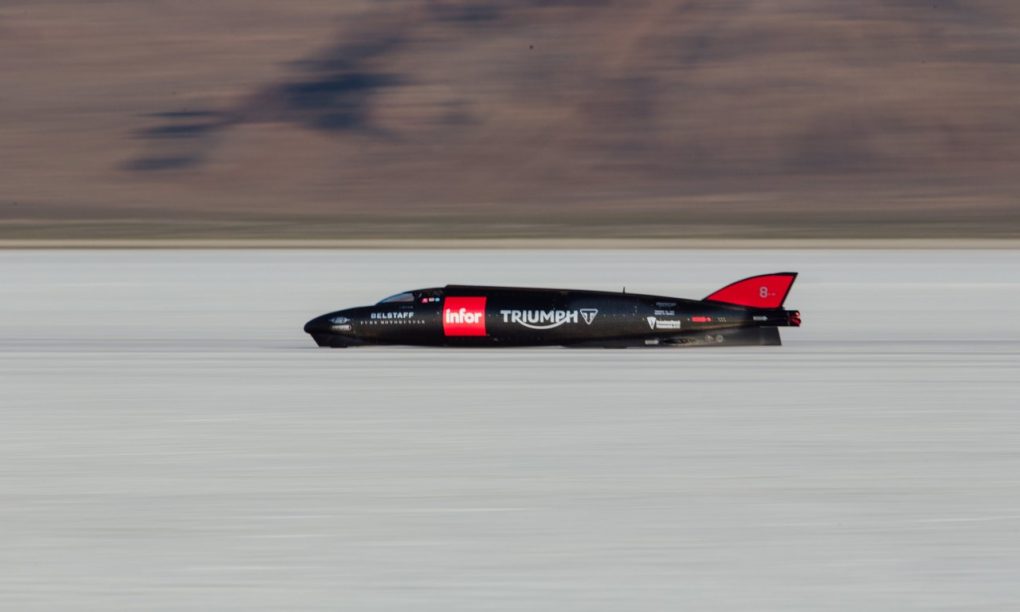 Here’s what the TT legend, Guy Martin had to say after the feat:

“It’s good and we are moving in the right direction, but it is just one step on the way to what me and team are here to do.”

Triumph has a long history with the Bonneville salt plains. In fact, the name of their legendary Bonneville range also originates from the salt plains after Johnny Allen’s record-breaking speed of 193.72 mph (311.76 kmph) in September 1956. After that, the first T120 Bonneville was unveiled at the Earls Court Bike Show and was put on sale in 1959.