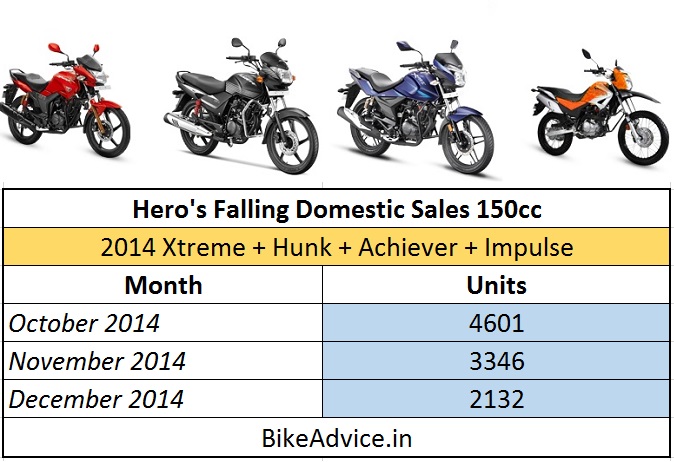 Hero has not been able to arrest the falling sales in higher segments. A few days back, we shared with you that Karizma twins registered shockingly low sales of 7 units in December 2014 and today we talk about their 150cc cadre. 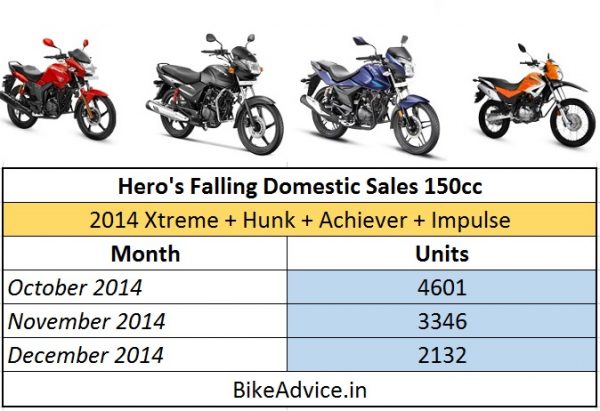 Month after month, we have seen Hero fall in the 150cc segment and at only 2132 units in December 2014, they have just hit the rock bottom! And we are not talking about one single motorcycle here, these are combined sales of Achiever, Hunk, 2014 Xtreme and Impulse!

For comparison sake, Suzuki’s newest entrant Gixxer sold 5168 units in the same period which is more than double of this figure. And if that is not hurting, costlier and segment higher Pulsar 220 (+ Avenger 220) sold 7608 units in December 2014 which is almost 4 times of Hero’s combined 150cc sales. 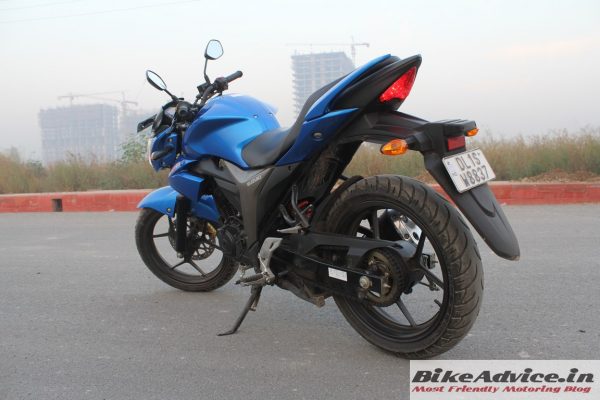 The bitter truth for Hero is that, these dismal sales are despite the fact that the company introduced the new 2014 Xtreme in the market last year and followed it up with a lot of promotion. For some reason, Hunk has been completely neglected by them, Achiever is an uninspiring bike and Impulse just doesn’t justify its puny 150cc engine.

If you are unaware, the world’s largest selling motorcycle manufacturer is the lowest seller in the 150cc segment in the domestic market. Hero really needs to understand what is going wrong and how can they bring back the lost glory!