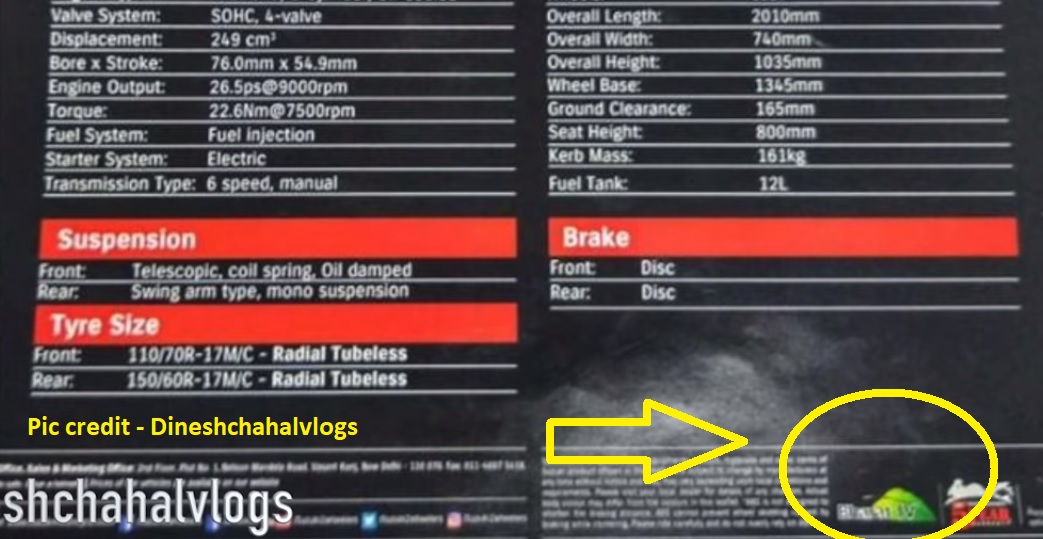 There was a belief that Gixxer 250 would come with a BS VI compliant engine upon launch. However, the recent brochure leak from DCV, which revealed the specs of the motorcycle, confirms that it will be a Bharat Stage IV compliant motorcycle, for now.

It must be known that a new ruling will come into effect from April 2020, which will not allow manufacturing of BS IV compliant motorcycles and scooters – yes we are leapfrogging from BSIV to BSVI! This is a major development and a big technical challenge for all the motorcycle makers, which will also require a lot of Research and Development. And hence it was believed that, since Suzuki has made a new engine, specific for the Indian market, they could start with BS VI rightaway.

But that ‘Bharat IV’ tag at the bottom of the brochure confirms that Suzuki has decided to foray in this segment with a motor which adheres to the current emission norms. It will definitely be BSVI upgradable and the ploy, as it appears, is to introduce the motorcycle at a competitive price tag; let it gain some traction and when it dawns upon the maker (around early next year), launch the upgraded version.

This will also mean that within a few months from the official launch of the Gixxer 250, we will get to see an updated version! Though it is not absolutely certain as of now, but this development also, kind of, confirms that the 2019 Gixxer 150s would also continue to be BSIV compliant for now and may get the BS VI motors next year.

It must be known that Suzuki will launch the Gixxer 250 on 20th May and there is a big possibility of the 2019 Gixxer 150s to get unveiled on the same or the following day.