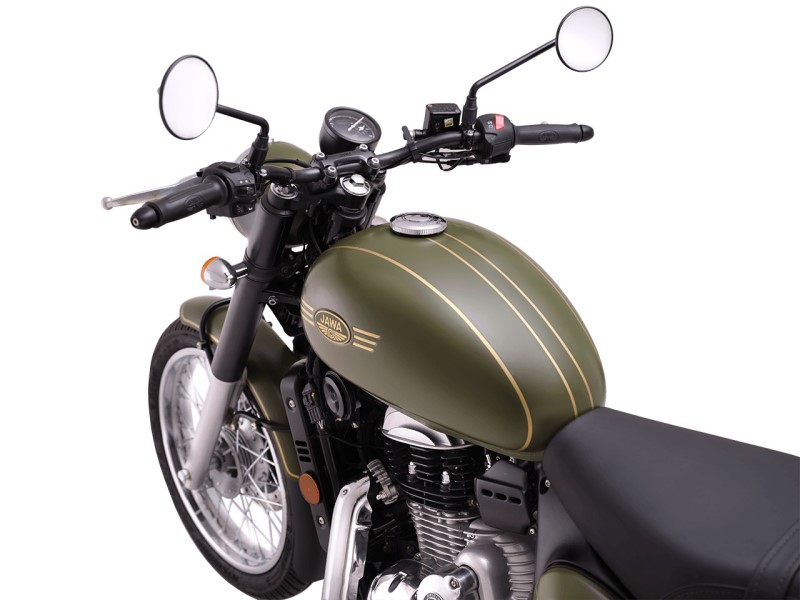 Forty Two and Jawa power figures now hiked to the same tune as the new 42 2.1. There has been a price increase as well…

The older Forty Two and the Jawa Classic have now gotten more powerful now. These classics now churn out 27.33 PS of peak power along with 27.02 Nm of max torque from the same 293cc single cylinder engine.

When this motor became BS6 compliant last year, Jawas lost 0.86 PS of power and 0.95 Nm of max torque. However, Jawa recently launched the new 42 which got a slight bump in both power and torque. This same tune has now been made standard across the line-up, apart from Perak, which comes with a bigger version of this engine.

The new 42 obviously also received many other changes (check the list here), however, the Classic Jawa and (older) Forty Two only get the new engine tune and there are no other changes.

The classic Jawa single ABS model is retails at INR 1.77 Lac and the dual-channel ABS version will set you back by INR 1.86 Lac.