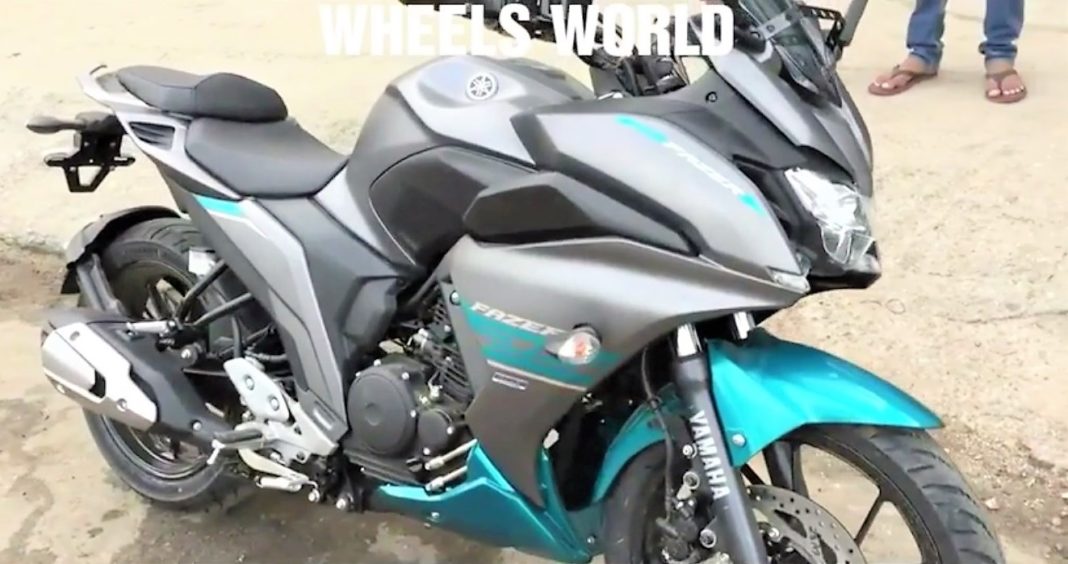 It is no more a secret that Yamaha is preparing a faired version of its quarter liter FZ25. Fazer 250, as it is expected to be called as, will sport a full fairing unlike the Fazer 150 which gets a half-fairing.

In an official invite Yamaha has sent, they have organised a press conference on 21st August in Mumbai for the launch of the faired FZ25. It will be presided over by Mr Masaki Asano, MD Yamaha India and Mr Roy Kurian, Sr VP, Sales & Marketing, Yamaha India. On this page you can find all the latest spy pics and details of the motorcycle…

After the motorcycle was spotted in Red/Beige colour combination (via Northeast Biking Community) Fazer 250 has been videographed by Wheels World in a new colour shade. Following are the pics of the motorcycle (some screengrabs) followed by the walkaround video..

At the front, there is a protruding glass which reminds us of the Pulsar AS200. And as we have predicted before, it is a single unit unlike the dual headlamps of Fazer 150. In fact, it carries over the same headlamps of FZ25. 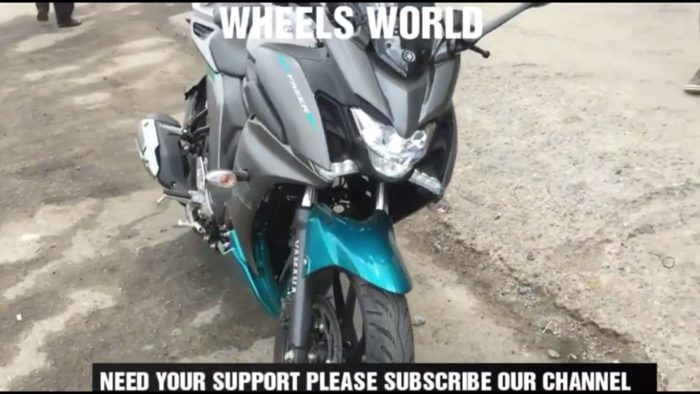 Further, there are two parking lamps on each end of the fairing on either side of the headlamp. The fairing is bulbous and to us it looks ‘interesting’. Rest of the parts appear to be carried over from the FZ25 including the instrument cluster.

A few days back there were rumours that Fazer 250 will come with ABS but so far no test mule has shown conclusive evidence of the presence of the safety aid yet, including these. So, I believe, if it will be offered, it will be a premium variant. In fact, chances of the company offering it upon launch are low according to me.

What remains to be seen is if there are any changes to the engine tune and what alterations does it get to make it touring friendly as compared to its naked sibling.