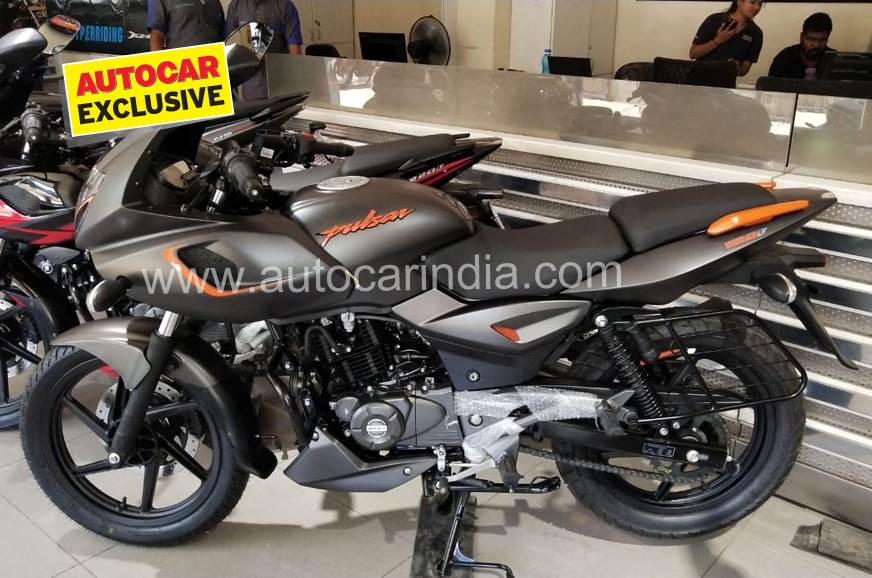 Bajaj surprised everyone by launching the new Pulsar 180 with the semi-fairing of Pulsar 220 earlier in January this year. This has given the age old motorcycle a new lease of life. In a latest update, the ABS equipped version of Pulsar 180F has been spotted and pics have been posted by Autocar.

The motorcycle draped in the grey colour (with neon orange decals), carries the ABS ring on the front disc as a confirmation of the safety tech. This allows the motorcycle to continue sale since the 1st April 2019 ruling bans the production of non-ABS motorcycles over 125cc. According to the report, the motorcycle comes equipped with a single-channel ABS and no other mechanical change.

The hike is roughly Rs 7800 and the non-ABS version has been discontinued. Despite the significant price hike, it still maintains a clear distance from the Pulsar 220 ABS which costs about Rs 1.05 Lakh (ex-showroom Pune). The ploy with the 180F is to offer the success formula of the Pulsar 220 to the masses at around the same price tag of the older 220.

What We Have Gained in One Year is Higher Than RE’s Total Market Share: Bajaj

The motorcycle has been spotted at some dealership which means dispatches from factory have begun and it will reach all or most of the showrooms in the coming few weeks. Rajiv Bajaj has also announced launch of a new variant of Pulsar in June. Read more details here.