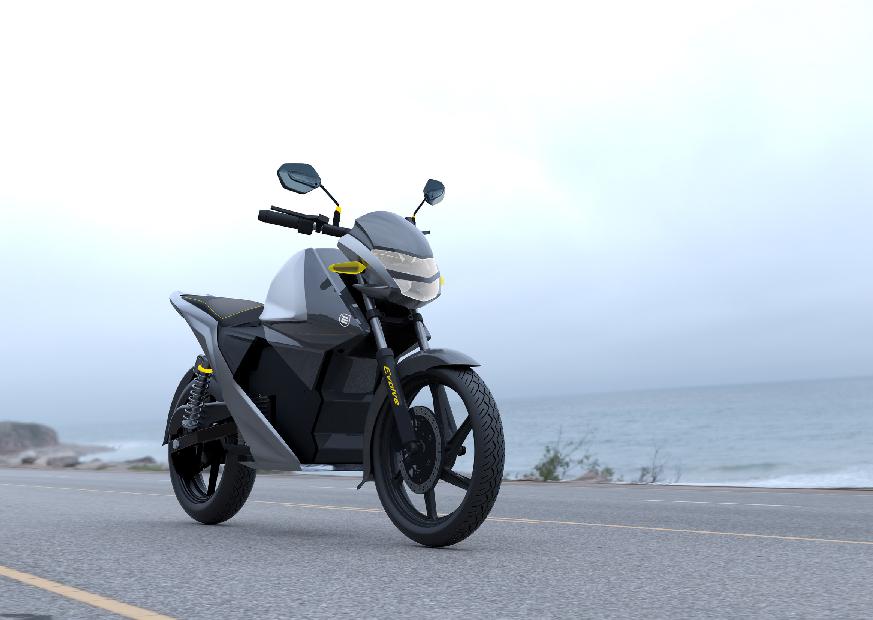 Earth Energy is a new start-up and its line-up consists of two electric motorcycles and one electric scooter. Prices start from Rs 92,000…

Mumbai-based EV start-up, Earth Energy has launched three new electric two wheelers in the country. All of them were teased a few days back.

The line-up consists of two electric motorcycles and one electric scooter. While the scooter goes by the name Glyde+, the two motorcycles are branded Evolve R and Evolve X.

Earth Energy claims that the three vehicles are completely developed in India, and it has achieved 96% localization by tying up with Indian OEMs and domestic auto part manufacturers.

Talking about the launched models, the Earth Energy Glyde+ is an electric scooter that is powered by a 2.4 Watt motor that has a top speed of up to 60 km/h. It is priced at Rs 92,000 in the country.

On the other hand, the Evolve Z is an electric bike that gets power from a 96 AH/Li-Ion battery and has a range of 100 km. The motor generates a peak torque of 56 Nm and comes with a top speed of 95 km/h. The company has priced the bike at Rs 1.3 L.

Talking of the Evolve R, which is the flagship muscular street-fighter styled motorcycle, it comes with a range of 110 km range on a single charge. The battery can be fully charged in flat 40 minutes, as per the company. It will retail at Rs 1.42 L.