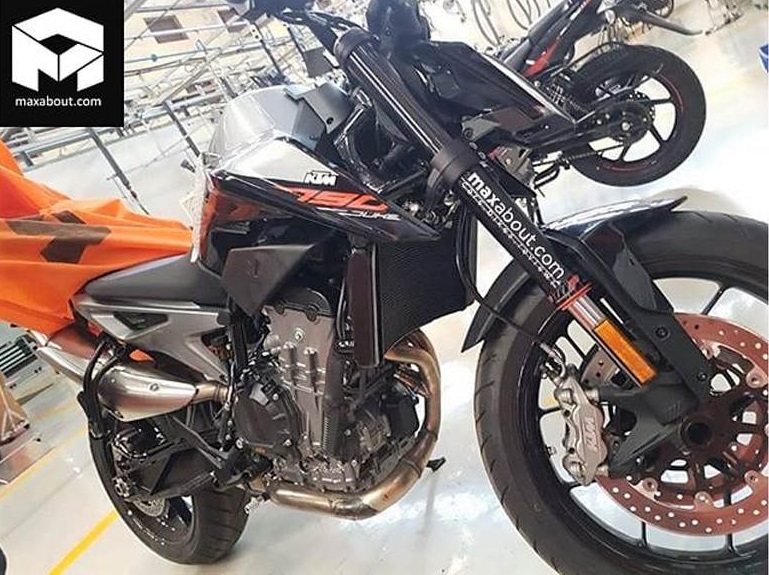 It was in the news since the last many months that KTM is bringing the Duke 790 to India, however, we were not fully convinced and hence you do not see any such story at BikeAdvice. But for the first time, the motorcycle has been spotted in India in what looks like a Bajaj’s facility.

Though the source Maxabout doesn’t reveal the actual dealership but Pulsar motorcycles in the background, kind of, confirm that this is India.

Unlike local production of all the other Dukes, the 790 will be a CKD (completely knocked down units), however, some level of localisation is definitely expected.

790 Duke, which sits over the single cylinder Duke 690, is the latest to join this mid-capacity streetfighter bandwagon and produces 105 PS of peak power at 9000 rpm and 86 Nm of max torque at 8000 rpm from its all new 799cc parallel twin DOHC engine. At a kerb weight of 174 kg, Duke 790 gets an exhilarating power to weight ratio.

KTM is expected to launch the mid-sizer in India anytime in the coming few weeks (most probably before April 2019) at an estimated price tag of around Rs 7-7.50 Lakhs. It will rival Z900, Street Triple and GSX-S750 (read review).

With this, KTM will open a new chapter and what is even better is the prospect of local production, like Duke 390, if and once sales justify that.