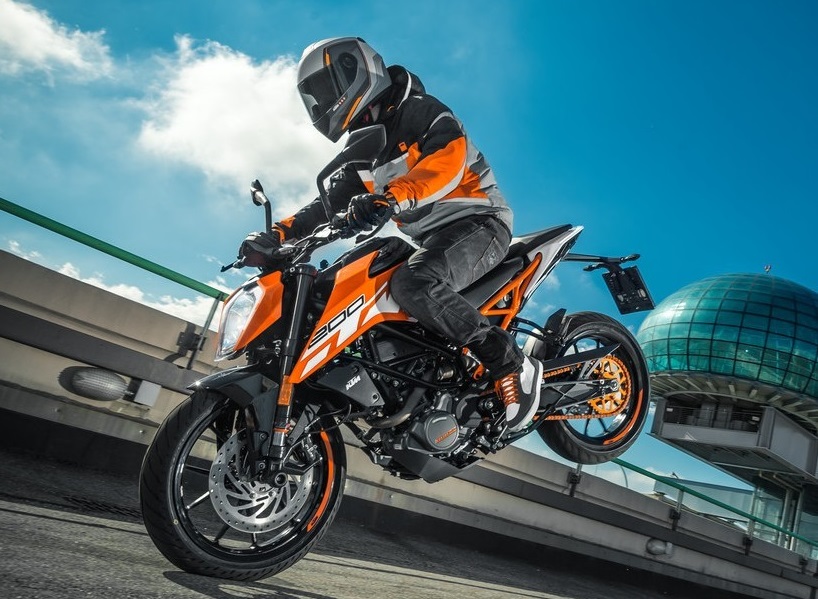 So we have been observing this for the last many days and have also posted it at our Facebook page. KTM’s official Indian website has stopped listing the Duke 200 for reasons we are not aware of. And now we have another development on this…

Since the last many weeks, if you open KTM India’s official website, you will see Duke 200 missing (under Nakeds). It lists 690 Duke, 690 Duke R and the new 2017 390 Duke only. Here is a screenshot we have just captured… 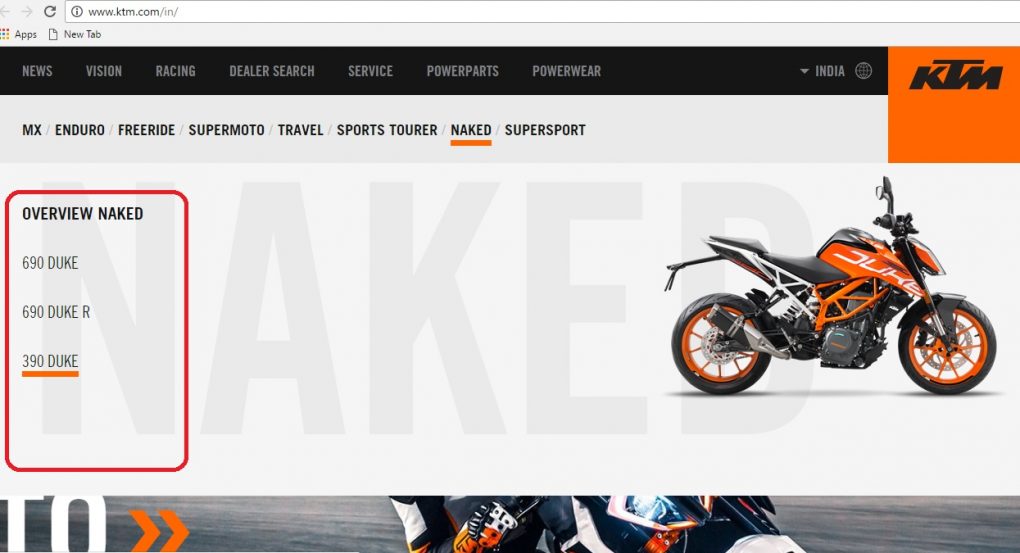 In a new update, as we were browsing the October 2016 monthly sales here, we noticed that KTM has sold zero units of Duke 200 in India. Sales dropped from 2500+ levels to an abrupt zero all of a sudden. Sales figures for the two preceding months were 2658 and 2742 units in August and September 2017 respectively. We are not sure if this also involves sales of RC200 but it is very much visible on the website, in fact in its 2017 guise! 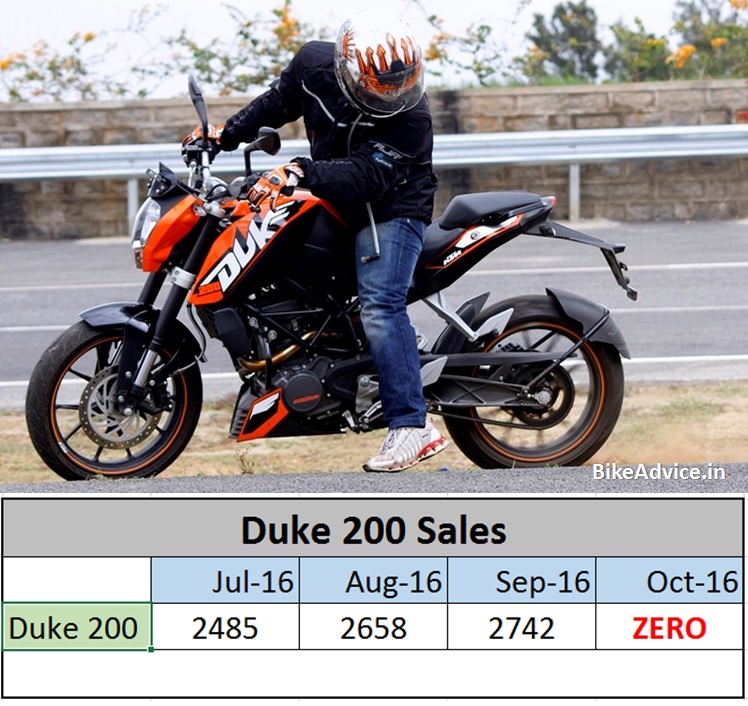 A few months back we had predicted that KTM India may replace one or both the 200s with the 250 cc siblings it sells in some international markets like Indonesia (here is our report). For example they can launch the Duke 250 and discontinue the Duke 200 and retain the RC200 or the vice versa.

So, are these hints in that direction? Or there is also a possibility of KTM-Bajaj halting the sales (& possibly production) before launching the 2017 Duke 200 in India. At this moment nobody has a clue on what is happening and what has caused zero sales of the naked motorcycle. Let’s hope we are up for a surprise…..