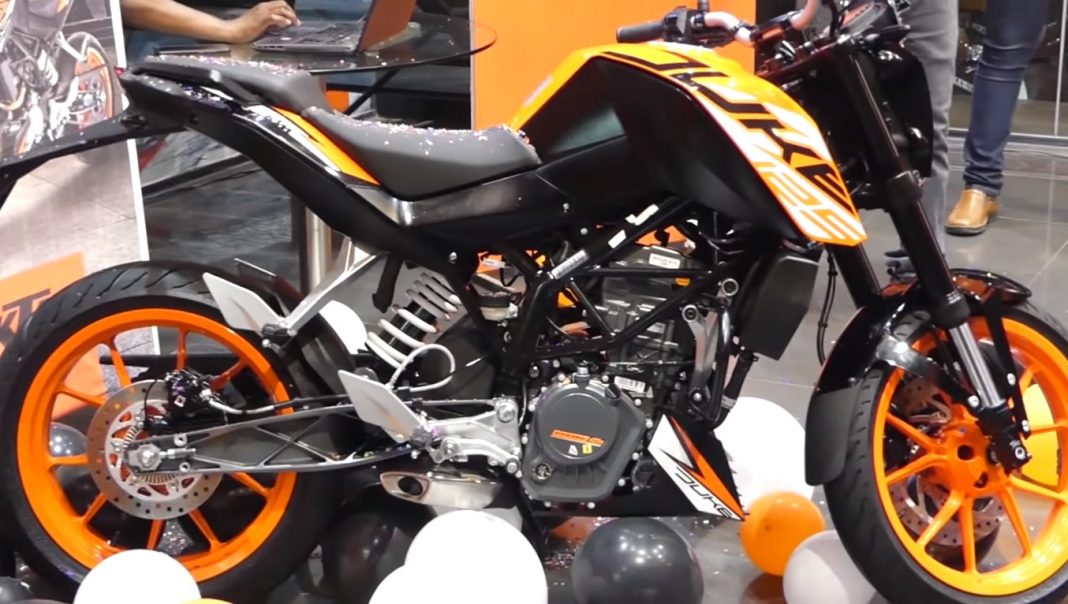 Duke 125 on road price takes it into the same ballpark of Yamaha R15 v3 and it is higher than 200cc motorcycles of our world!

Shortly after its official launch late last month, Duke 125 has already started reaching dealerships in the country. And in fact, deliveries of the motorcycle have also commenced.

According to a video by DV appended below, he is the owner of the first Duke 125 ABS in India. The orange coloured baby Duke was delivered to him by KTM Mekhri Circle dealership in Bangalore on November 28th. Here is the video he has created.. it also includes a walkaround of the bike as well as its exhaust note…

After an ex-showroom price of Rs 1.18 Lakh, this is the on road price of the motorcycle in Bangalore according to the dealership.

Duke 125 is a brave attempt by KTM to create a segment which has not really existed so far – the sports 125cc segment. At this price, the Duke 125 overshoots almost all the 200cc motorcycles in India – all of them much more powerful; and it is around the ballpark of the brilliant R15.

So, next question we have for you is this …