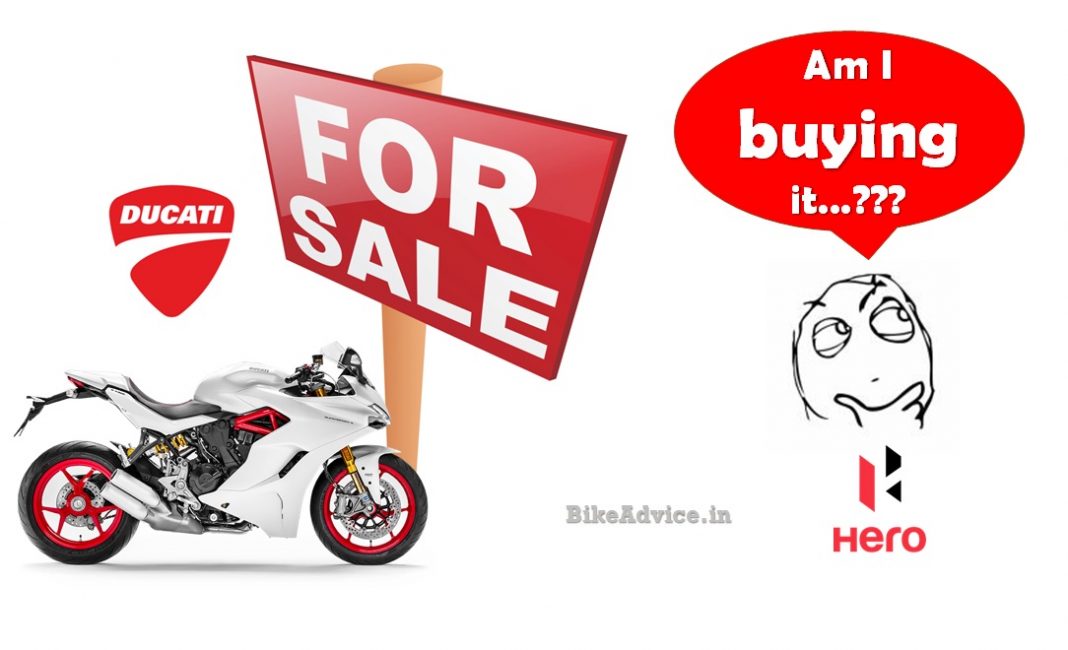 A report at Reuters has caused a lot of turmoil in the motorcycling world. They say that parent brand Volkswagen is considering selling the Italian motorcycle manufacturer Ducati to streamline their operations and focus on their core business (of making cars)! In 2012, Volkswagen’s Audi bought Ducati for nearly $935 million.

There are two reason cited for this possible offload – first, to fund its overhaul from the latest emission dieselgate scandal and two, they intend to focus heavily on electric cars.

The same report goes on to say that the priced Ducati brand may be of good interest to Chinese motorcycle manufacturers, India’s Hero Motocorp and some others. It must be noted that this, in no way, suggests that Hero is interested in the brand – it is just a word from the publication citing their sources. So all internet reports citing “Hero may buy Ducati/ Hero in contention to buy Ducati” etc are wrong interpretations.

According to the report, Volkswagen is already contacting potential buyers, names of which have not been concretely revealed.

Earlier this year, responding to an (older) rumour, Ducati India issued a press statement quashing the report of them scouting for an Indian partner (like Hero and others) and they also cleared that they do not have any plans to make small-capacity motorcycles in India! (More details)

Ducati will launch five new motorcycles in India this year and they have been recently revealed. Here is the list…