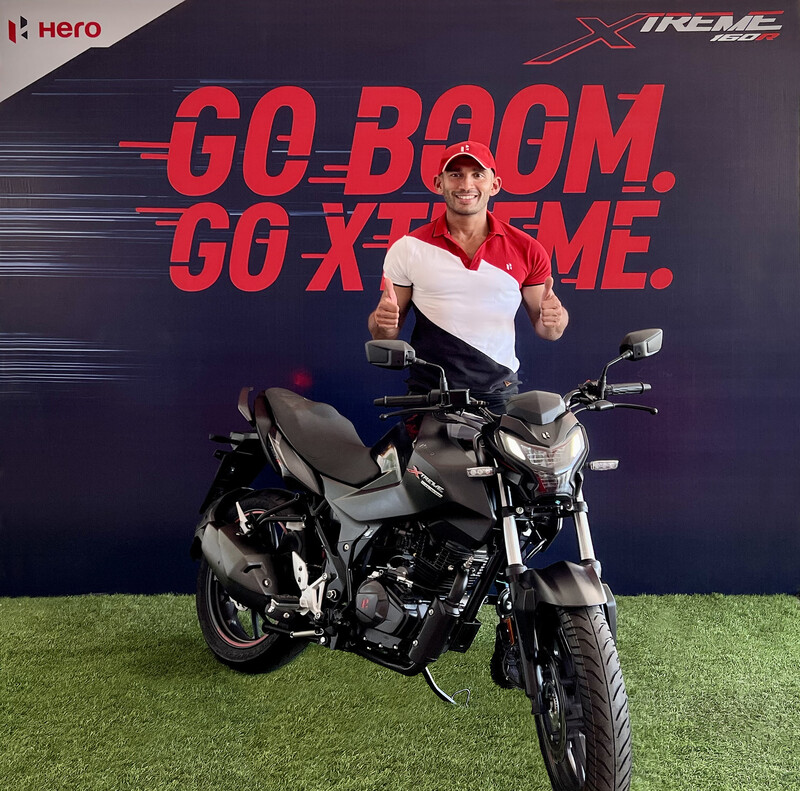 Drag Racing on Xtreme 160R! That’s what Hero MotoCorp is pushing through its collaboration with drag racing champion Hemanth…

Hero Motocorp have announced that they have signed nine-time National Drag Racing Champion Hemanth Muddappa as a brand ambassador for Hero Xtreme 160R.

Bengaluru based Hemanth Muddappa has a very inspiring story, from the time where the doctors told him he won’t be able to walk to becoming the fastest Indian racer, that too 9 times.

Hemanth has been breaking numerous drag racing records, including his own. Earlier this month, he bagged his 5th consecutive title at the MMSC FMSCI Indian National Drag Racing Championship 2021. Furthermore, he is the only Indian racer ever to win in two classes and holds the record for the fastest time across drag strips in India.

“This is the beginning of a thrilling ride and I am elated to join the Hero family as it aims to grow the drag racing culture in India. The sport has the power to take the young Indian sportspersons to the world podium. Hero MotoCorp is continuously doing great work towards the enhancement of all motorsport. I have always admired the company from afar and now it is a privilege to represent it. I will continue to do my best to win and break records and keep the Hero flag flying high always. Go Boom!”

Hero Motocorp have shared that the legacy and fame of Hemanth Muddappa will be very beneficial in promoting the drag racing culture in India.

“We are delighted to welcome Hemanth as a new addition to our team. We heartily congratulate him for his recent wins. Muddappa’s presence bolsters our commitment to the advancement of drag racing culture in India, which hasn’t been fully explored so far. Drag racing is the shortest and quickest form of motorsports and the Hero Xtreme 160R, the fastest to 0-60 km/h in its segment, is a perfect fit for this racing format.”

Through such kind of collaborations, Hero is trying to instate its image in this world of premium sports bike segments where it has not been a force to reckon with.