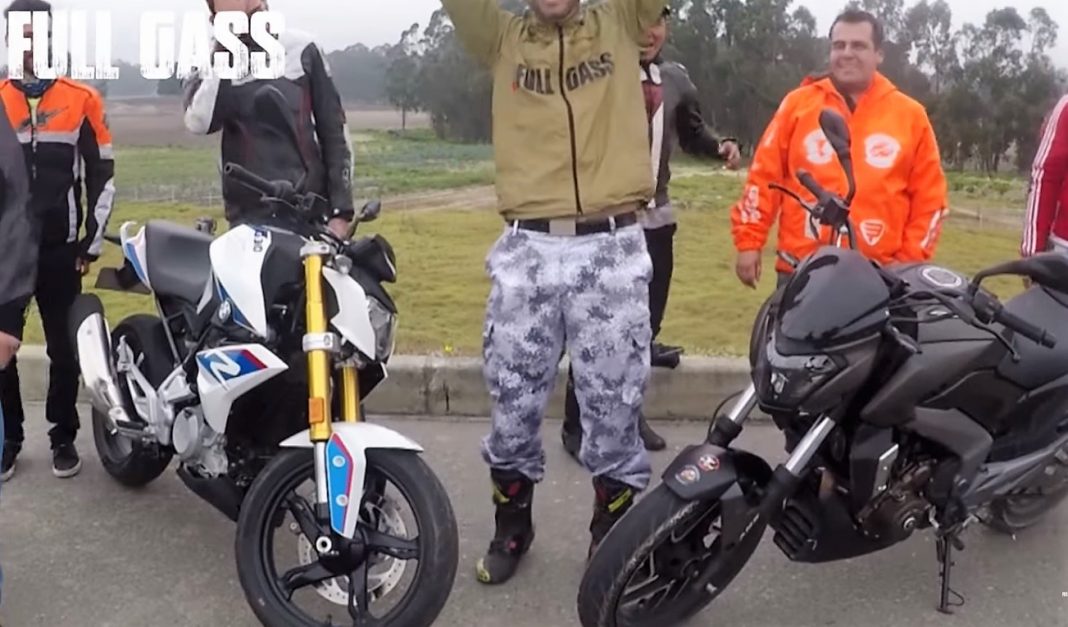 Dominar vs G310R Drag race – Is the result surprising…?

Frankly, it’s not really a good idea to compare a motorcycle which costs less than 2 Lakh and the other one which is priced almost double at 3.5 Lakhs on road in India. One of them being a roadster and the other a sports cruiser takes them apart further! But since they fall in a similar engine capacity/type, produce similar power outputs, eventually, there may be many who may want to know – what if they drag race these two?

And drag race is what FULL GASS, a Youtube channel has done between these two nakeds. On the specs front, Dominar produces much higher torque, but the G310 R has got DOHC motor, a lot lesser weight and more premium parts. So, what do you think should be the result of a drag race between these two… Let us find out..

The inevitable happens but do you think a DOHC motor and a little weight slash will help Dominar fight out harder?