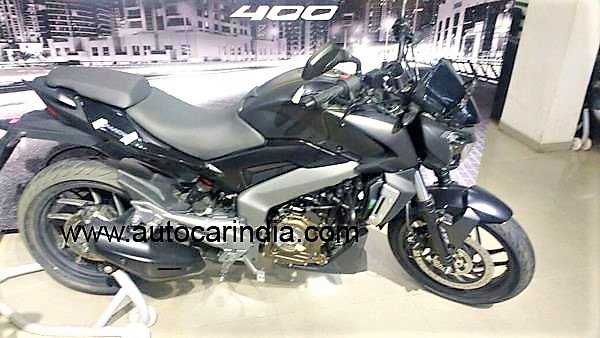 Dominar 400 was a big surprise from Bajaj specially in terms of its positioning (and pricing). Now that the motorcycle is settling down in the market, the company is trying to market it aggressively.

And to broaden its appeal and acceptance, Bajaj has plans to introduce a new colour to the palette. A new matte black colour has been snapped at a couple of Bajaj dealerships in India and a few pics have been shared by Autocar. They reveal that the motorcycle carries no other changes apart from the new colour. This will take the number of colours to four including the existing three – Midnight Blue, Twilight Plum, Moon White. 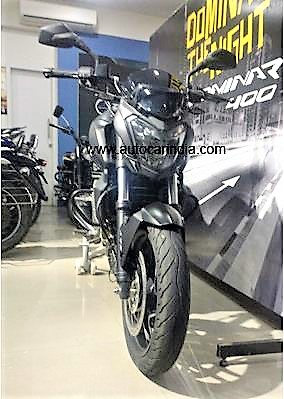 Autocar has also confirmed the development with Bajaj’s officials who reveal that this will be not be a limited-period edition but may cost a few thousand bucks extra. Bajaj has already started dispatching the motorcycle to a few dealerships before it takes it pan India.

Dominar 400 has already gone through two price hikes since launch and currently the non-ABS version is priced at Rs 1.39 Lakhs whereas the ABS variant costs Rs 1.53 Lakhs, both ex-showroom Delhi. Bajaj has also announced that they will be making more Dominar-like motorcycles and some details on them are expected to be made public anytime now…