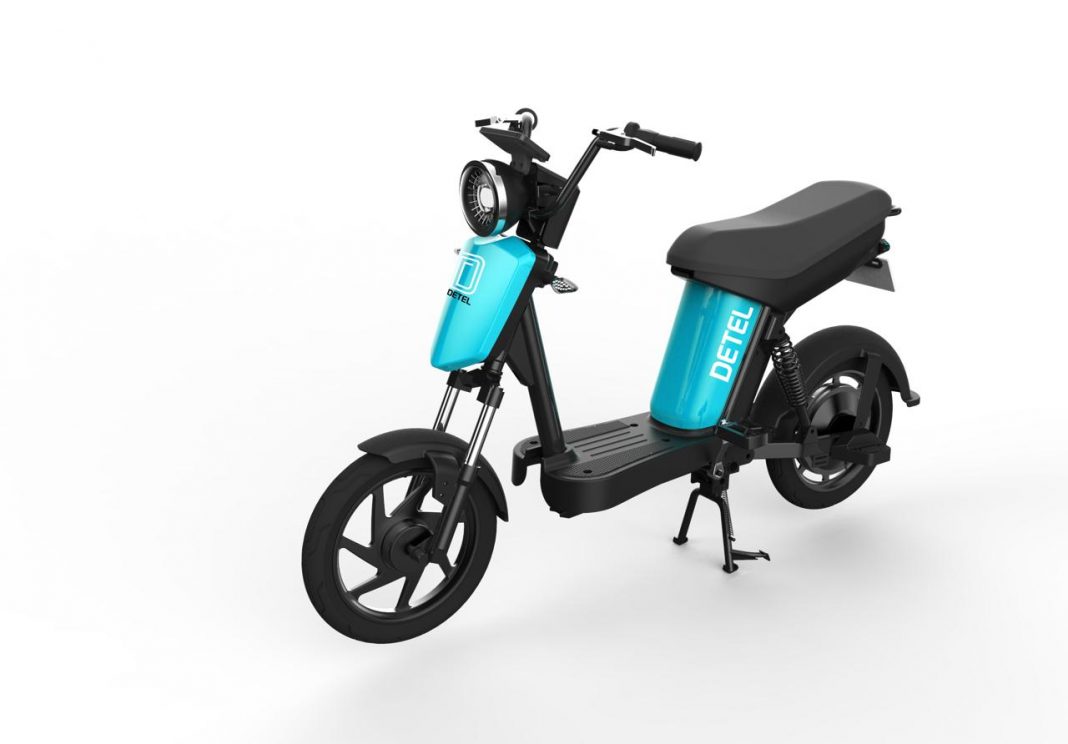 Detel has unveiled an electric two-wheeler (E2W) that it claims to be the ‘world’s most economical electric two-wheeler’. The new model named ‘Detel Easy Plus’ was showcased at the India Auto Show 2021 in Mumbai, under the company’s initiative of #DeteldecarboniseIndia.

It is to be recalled that the E2W brand had unveiled its first vehicle last year called Detel Easy, which it claimed was the world’s most affordable E2W. Now, the company has expanded its portfolio with the launch of Detel Easy Plus.

With this new launch, the company aims to expand its presence to more tier 2 and tier 3 markets. It has announced that the new two-wheeler will be launched in the country by April 2021. It will be available in four color options, including Yellow, Red, Teal Blue, and Royal Blue.

The new two-wheeler unveiled by the company will come with a ‘disruptive price’, as per Detel. While it also claims that the Detel Easy Plus will be the ‘best fit’ for Indian roads in this price range, it has so far refrained from giving a hint of its probable price. Just for reference, the Detel Easy is priced at Rs 20,000!