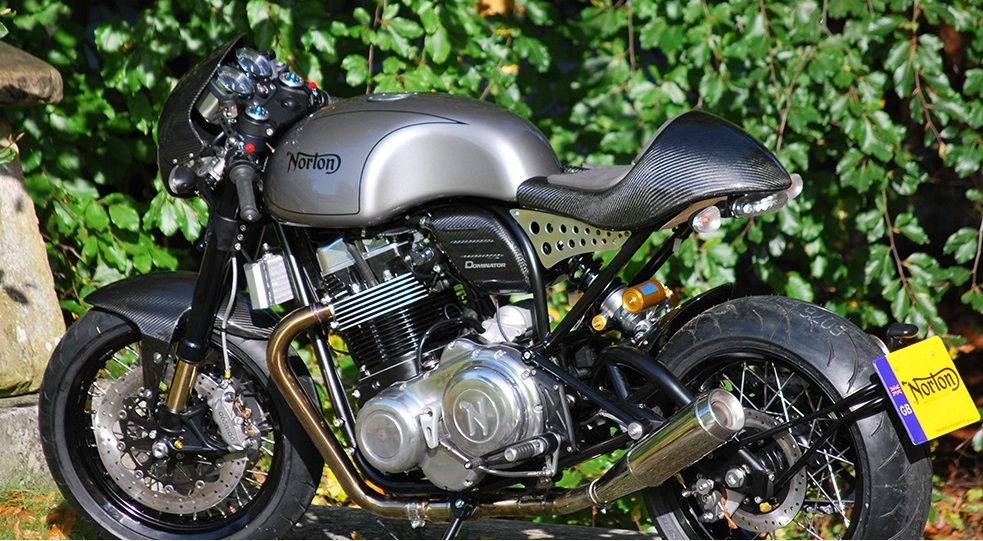 Here are some quick details on TVS-Norton deal in the question and answer format. It lists most of what TVS has revealed so far…

The TVS-Norton deal, in itself, is very surprising and leaves a lot of questions unanswered. The biggest one among them is – what will TVS do with the troubled Norton Motorcycles realistically?

Nonetheless, let us quickly list a few questions that you may have on the deal and answer them based on the information that we has been disseminated till now.

Who is Norton Motorcycles?

Norton Motorcycles is an aspirational niche motorcycle brand which was founded way back in 1898 in Birmingham. Its founder was James Lansdowne and Norton happens to be one of the most emotive marques today.

Norton was owned by a UK based businessman, Stuart Garner who was also the CEO of the company. He bought it in 2008 and was instrumental in bringing it to better levels till things got awry with mounting losses and few allegations against him. The company went into administration earlier this year.

Was Norton already present in India?

Yes, Indian Group Kinetic had a joint venture with the Brit firm. Kinetic was responsible for local distribution of the motorcycles. Recently, the duo launched the India-exclusive limited edition Dominator and Commando in the domestic market. They also had announced big plans including venturing into mid-capacity motorcycles.

What happens to the Kinetic-Norton JV now?

We have no clue as of now. Being the complete owner of Norton it will depend on how TVS Motor wants to steer the company. Will it allow Motoroyale (Kinetic’s multi brand chain) to sell Nortons or will it open exclusive dealerships to take care of the retail network themselves.

How much was Norton sold at?

TVS Motor bought various assets of Norton (including the brand name) at GBP 16 million pounds which roughly equates to 153 crores in INR.

How was the transaction completed?

Any plans shared by TVS with respect to Norton?

Yes, Sudharshan Venu, Joint Managing Director, TVS Motor, cleared that Norton will continue as a distinct brand. It will have dedicated and specific business plans. He also said that TVS Motor will work closely with the customers and employees of Norton to regain the glory again.

TVS has also hinted that it will continue Commando, Dominator, V4 RR brands and will want to expand its (Norton’s) reach to new markets with the aid of TVS’ global reach and supply chain capabilities.

What parties were involved in this transaction?

This deal was undertaken under the guidance of Khaitan & Co and Slaughter and May, who were the legal advisors and Rothschild and Co, who was the financial advisor, obviously apart from TVS and Norton. Since Norton is under administration, this transaction required sophisticated decision making.

This is all what has been revealed by TVS in this extremely surprising deal. However, lot many details will start to percolate once the current lockdown is lifted and things get closer to normalcy. For now, let us understand that Norton is an extremely exotic brand which holds a lot of value specially in the classic motorcycle genre. Also, this probably is Norton’s best chance to regain its lost glory in the last many decades…