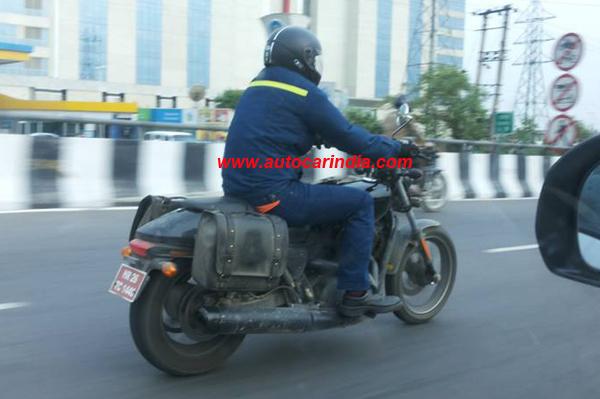 Harley Davidson is a comparatively new phenomenon in the Indian motorcycle scene. Starting out in 2011, they have been assembling motorcycles in India at their CKD (Completely-Knocked-Down) assembly unit at Bawal (National Capital Region), Haryana.

At present, the Company has nine authorized dealerships in India and currently offers a range of 12 models from each of its 5 families – Sportster, Dyna, Softail, V-Rod and Touring. The cheapest one (comparative to their other models) is the Superlow, which stands at around Rs.5,91,000 ex-showroom. The prices go as high as 30 lakhs for its touring Street Glide. Bringing any vehicle via the CKD route has inevitable implications on tax and the on-road pricing. Obviously, Harley Davidson realized this quite early and started associating with Indian bike and parts manufacturers to produce a quality cruiser for the Indian motorbike enthusiasts.

As to how this much awaited bike will finally look and what it could do is still not known, but one can be assured that it will be something that Harley will be proud of and Indian motorcycle enthusiasts will have a lot to look forward to.

Bike enthusiasts and manufactures are keenly awaiting the upcoming Milan Motor Show in Italy to hear more about the bike. This show is scheduled to start next week and will be closely watched by Indian Harley devotees and scribes alike.

Guesstimates doing round on the net promise a pretty decent set up. Autocar India which first broke the news about this new Harley is speculating a cruiser powered by a V-twin 750 cc motor which may produce power something around 53bhp and may come with 13 liters of fuel capacity.

Hopefully, Harley Davidson will let this cat out of the bag at Milan along with some dazzling photographs for everybody to gawk at.

Keep your fingers crossed for a week more then and check out this space again for the updates!

Check Spyshots of These new Harley’s Testing in India