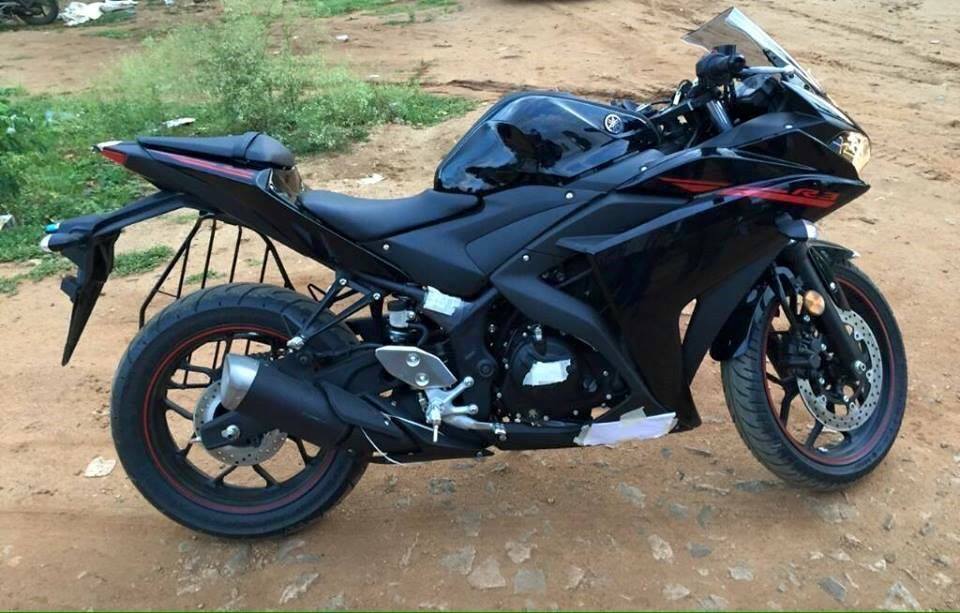 Yes, there lies more confirmation about the upcoming motorcycle from Yamaha from the R family. A picture of the Yamaha R3, with covered company name, has been doing rounds on the internet. The image was first put up on xBhp and was subsequently removed, for reasons not known to us!

So why do we say that this picture has been clicked in India? Well, the obvious giveaway is the obnoxious saree guard attached to it! The brilliant looking rear end of the gorgeous Yammy has been completely destroyed by that ugly piece of metal, which is mandatory according to rules.

This may be the same unit, spy pic of which we posted first on 5th June this year (here). But more than that, every recent news report is consolidating our belief that it will be the R3 (and not the R25) that Yamaha India will launch at the scheduled event on 11th August.

The image also reveals that the R3 in India may not get ABS as standard, although we hope that it is offered as an optional extra, at least. Some dealerships are reportedly taking bookings of the R3, but when we rang up some in Delhi, nobody had many clues!

We are really excited about the upcoming Yamaha’s press conference and a ride which is scheduled at the mecca of motoring – Buddh International Circuit and are looking forward to take her out for a spin. Do stay tuned for an update…