Royal Enfield’s controversial Himalayan has been leading the charge for the company in new international markets, since it is the only real-new motorcycle the company has made in a long time now (Twins have not been launched so far). At the 2018 Bangkok Motor Show, Thailand, among other motorcycles they showcased the off-road custom version of the ADV.

It does away with the headlamp, visor, grab rail, instrument cluster, tail lamp and gets… 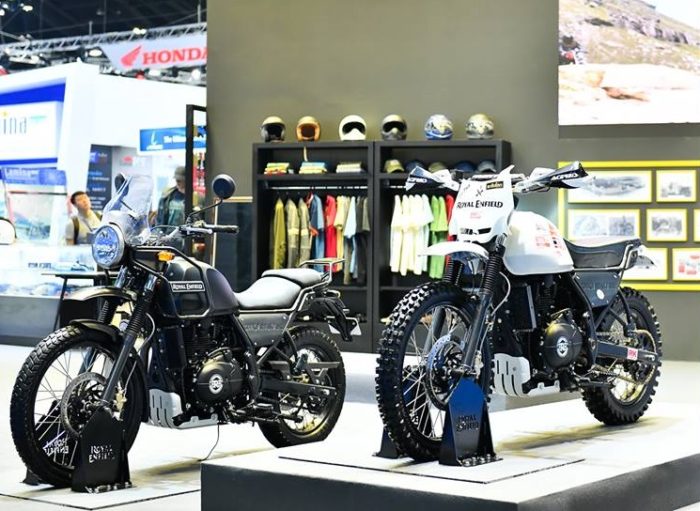 It also features a lot of stickers of Royal Enfield’s rides and expeditions. Basically, if there would/could be a Himalayan off-road it could look something like this and no doubt this leaner version looks brilliant! 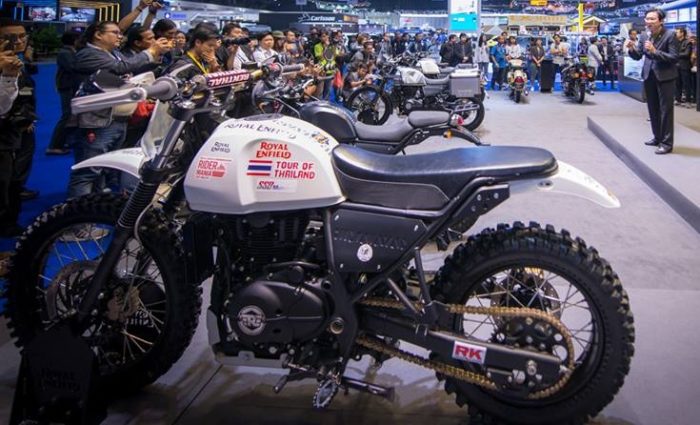 The frame appears to be untouched and so does the 24.5 bhp, 32 Nm 411 cc SOHC 411 cc single cylinder oil-cooled engine. RE already sells the Himalayan in Thailand and recently introduced the Sleet Edition in the country. At the Motor Show, RE also announced some deals to prospect buyers of Himalayan and other motorcycles to push sales. Also on display at the show were Continental GT 535 (which has been discontinued in India), Classic range and Bullet.

Very recently RE has announced that they will set up company-owned subsidiaries in important markets of Thailand and Indonesia.