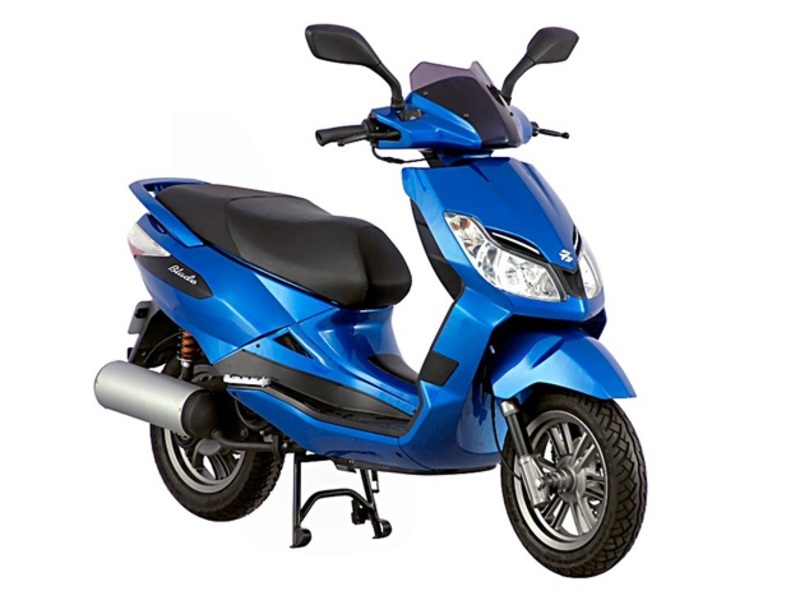 So, two months ago we reported that Bajaj is planning a second Chetak electric scooter which could be launched later in this Fiscal Year. This information was confirmed by Mr. Rajiv Bajaj himself during an interaction with a news portal.

And now, maybe we know the name of the second electric scooter which could be launched under the umbrella of the Chetak brand.

According to the leaked document, Bajaj have applied for the name ‘Blade’ which they intend to use on their next two-wheeler offering. The document states that the patent was filed by the company in March of this year and the patent process is still underway. The current status indicates that the name is ‘Marked for Exam’ by the patent authority.

The name ‘Blade’ is not a new one in the history of the company. Back in 2006 Auto Expo Bajaj showcased a modern-looking scooter with dual headlight giving it a mean look when viewed from the front. At the same time, the company applied for the patent for the name ‘Blade’ to be used for this scooter.

However, as you can see from the document of 2006 below, the Blade name was ‘Refused’ to be given to Bajaj for use. This is because, at that time, Mahindra was the owner of name and therefore Bajaj could not apply and use this name for their product.

Now, 16 years have passed since this name dispute and the validity of the patent name owned by Mahindra must have expired by now. So, Bajaj is now once again trying to get their hands on the name that alluded them all those years ago. Maybe Bajaj is trying to be inspired from the missed opportunities of the past to succeed in the future!?

With so little information and just a name, we understand it is too early to assume or predict anything. But, we do expect the new  Blade electric scooter could be the new contender from the company to take on the likes of Ola S1 Pro, Ather 450X and the upcoming Simple One.

This means that the new Bajaj electric scooter contender has to be teched-out to the brim. It needs to boast a big all-digital instrumentation capable of Bluetooth connectivity functions and should be able to offer navigation assistance to the rider.

To woo the younger generation of riders, the Blade should have a bigger and more capable combination of battery and motor which should offer various riding modes to suit the conditions and moods of the rider.

Enough of our wishlist and suggestions!!

Looking forward, we are expecting that Bajaj will make an announcement regarding the new electric scooter later in the year. We substantiate this fact on the current status of the patent.

So, expect the new Chetak electric scooter somewhere in the end of this year or early next year.