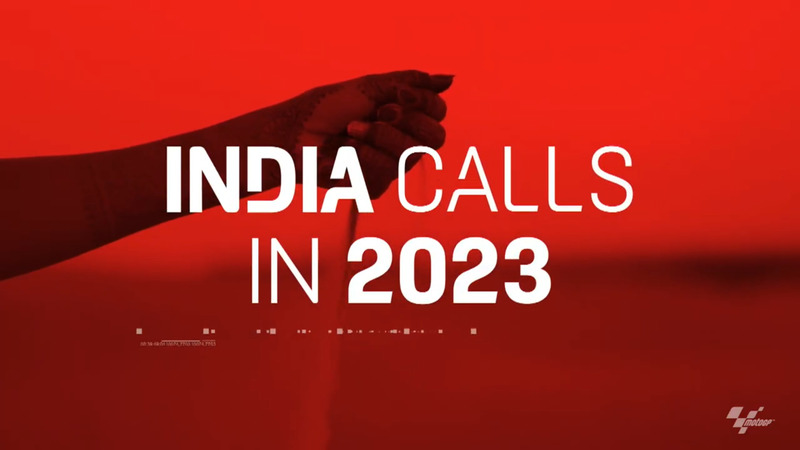 MotoGP Indian Race In 2023 Confirmation means the aim of Indian organisers has been fulfilled, but a tall task to modify the BIC is ahead…

UPDATE (October 1) – A few hours after we published this report, MotoGP shared the tentative 2023 MotoGP calendar on various social media channels. The tentative calendar has confirmed that India will be hosting its first MotoGP race weekend between September 22 – 24, 2023.

Story Continues (September 30) – So, it has been confirmed by MotoGP themselves that the first BharatGP race weekend will be played out in 2023.

While the MotoGP 2023 Calendar is yet to be finalised and announced by Dorna Sport, MotoGP have announced India to be hosting a race weekend through a small YouTube Video posted today. India has been announced as the 2nd new venue to be added to the 2023 MotoGP season after Kazakhstan, which was announced a few days ago.

Just a week ago, In presence of Mr. Carmelo Ezpeleta (CEO, Dorna Sports), Noida-based Indian entity Fairstreet Sports took charge of hosting MotoGP races for the next 7 years, i.e. till 2029.

As addressed by Mr. Ezpeleta himself and mentioned in the announcement video, MotoGP recognises the fan following of the country which boasts to be one of the biggest two-wheeler markets of the world. Even the participating manufacturers – Yamaha, KTM, Suzuki, Honda, Ducati & Aprilia – recognise how passionate Indian biking community is for the MotoGP races and have introduced their own version of MotoGP-inspired products recently – Yamaha Aerox 155 MotoGP Edition, KTM RC 200 & RC 390 GP Edition.

The MotoGP weekend will be hosted on India’s premium racing track – Buddh International Circuit (BIC) – situated in Greater Noida, Uttar Pradesh. The Indian organisers were targeting a slot in the 2023 MotoGP calendar, and they have succeeded in doing so. It is yet to be finalised in which month the MotoGP weekend will take place in India, but now stands a tall task in front of the U.P. government and the Indian organisers, Fairstreet Sports, to prepare the Buddh International Circuit (BIC), which was initially designed for Formula 1, to be modified to fulfil strict requirements of MotoGP racing.

The Buddh International Circuit in Greater Noida is a world-class circuit, which was primarily designed for the Formula 1 (F1) championship. It managed F1 races between 2011 & 2013, but due to numerous red tape and misunderstandings with the FIA, the event was dropped from the calendar.

For the MotoGP championship, the Buddh International Circuit has to be overhauled (homologated) to fit the FIM rules & standards to make the venue suitable for the high-action & adrenalin pumping MotoGP event – which will see races in MotoE, Moto3, Moto2 & MotoGP category.