Do you know how many electronic devices in your home were not manufactured in China? That’s a tough question right? Almost all of us know that the Chinese economy is booming because of their manufacturing prowess, but have you taken a look into their motorcycle market yet? Being in India we only hear about Hero Honda and Bajaj and most of us have never taken a look at a Chinese motorcycle. But big things are happening in the Chinese Motorcycle Market. 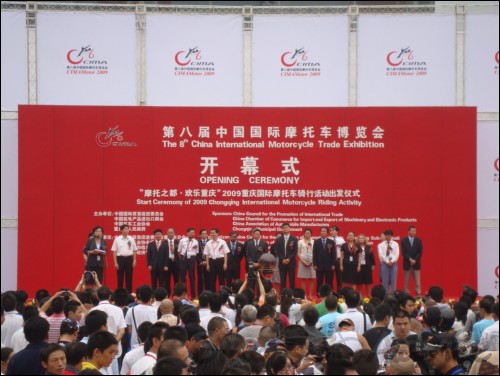 China is the manufacturer of more than 50% of the world’s motorcycles. They include both the domestic market and the export market. One of the indicators of the size of the Chinese motorcycle market is the CIMAMotor 2009 – A National Level Motorcycle Exhibition which took place in Chingqing, China from September 17th to 20th. I had a chance to visit this show and it has certainly expanded my horizons and changed my paradigm about China. 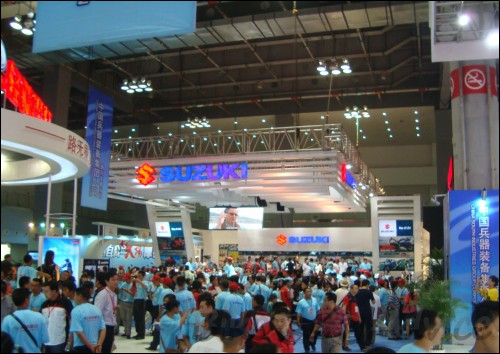 The opening ceremony was a grand one. They had a motorcycle rally and an inaugral speech as you can see in the photos. The rally included motorcycles from Harley Davidson which was the center of attraction. I was really impressed by the size of the convention center when I entered it and the size of the stalls for Suzuki and Yamaha were much bigger than anything I have seen in Indian shows so far. 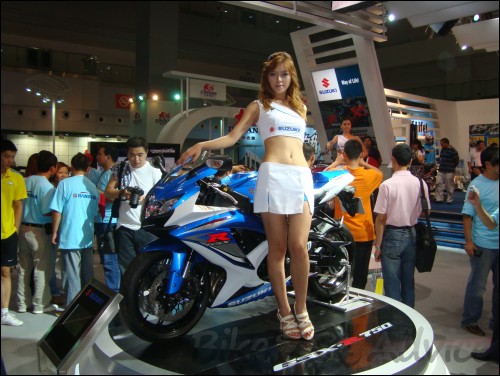 Like India, 90% of the motorcycles sold in China is for the purpose of transportation and utility; unlike countries like US where motorcycles are considered as a means of sport and entertainment. Cost and mileage of the bikes are the unique selling propositions for many Chinese manufacturers.