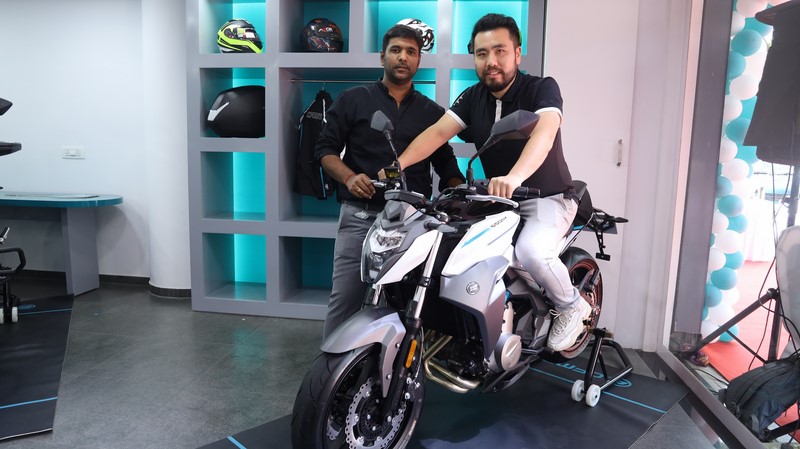 CFMoto dealerships will also be opened in Tier 2 cities apart from the major metros. Plan is to get to 7 cities in next few weeks…

CFMoto has officially launched its first dealership in Thane, Mumbai today (address). It will be joined by Bangalore, Hyderabad, Chennai, Cochin, Kolkata and Guwahati soon taking the company’s presence to 7 cities in the next few weeks.

CFMoto also informs that it has received 700 bookings so far but there is no word on the deliveries which were to commence few weeks back. The Thane dealership will provide sales, service as well as spares to all its customers. The dealership will also offer test rides to all prospect customers.

CFMoto currently sells four motorcycles – 300NK, 650NK, 650MT and 650GT and all the four models are available at the Mumbai dealership. Price ranges from Rs 2.29 Lakh to Rs 5.49 Lakh ex-showroom pan India. Customers can also book their motorcycles at the official website with a payment of Rs 5000.

The company says that it intends to focus on Tier 2 cities and has plans to open 50 dealerships across India by the year 2021.