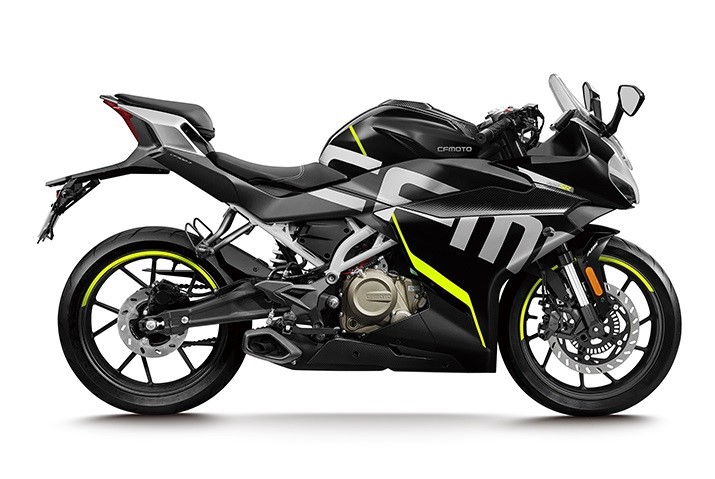 CFMoto has also updated specs and details of its 300SR, the elder sibling of the 250SR which we talked about a couple of days back. The 300SR is built on the same platform of the naked 300NK which is already on sale in India (at 2.29 Lakh). Apart from the engine panels, both the models appear to be absolutely same in design.

The 300SR is powered by the same 292.4 cc, single cylinder, liquid cooled, DOHC engine which produces 29 PS of peak power at 8750 rpm and 25.3 Nm of max toque at 7250 rpm. This fuel injected motorcycle is paired with a 6-speed gearbox. The 250cc engine of the 250SR is a derivative of this engine with a smaller bore and same stroke.

In terms of features it comes with 37 mm upside down front forks, slipper clutch, LED headlamps, LED tail lamps, LED side blinkers and underbelly exhaust. It also gets ABS from Continental. Like the 250SR, the 300SR also gets a full LCD coloured digital instrumentation with smartphone connectivity.

As we specified about the 250, the 300SR is also a Euro 4 compliant motorcycle at this point. This means that it can not be launched in India in its existing form – it will have to get Euro 5 compliance (which is roughly equal to India’s Bharat Stage 6 emission norms which get enforced from 1st April 2020).

And if CFMoto will consider launching its SR brand in India, it will be one of these two siblings and we believe it will be this 300 as it will be a better preposition out of the two for our market.