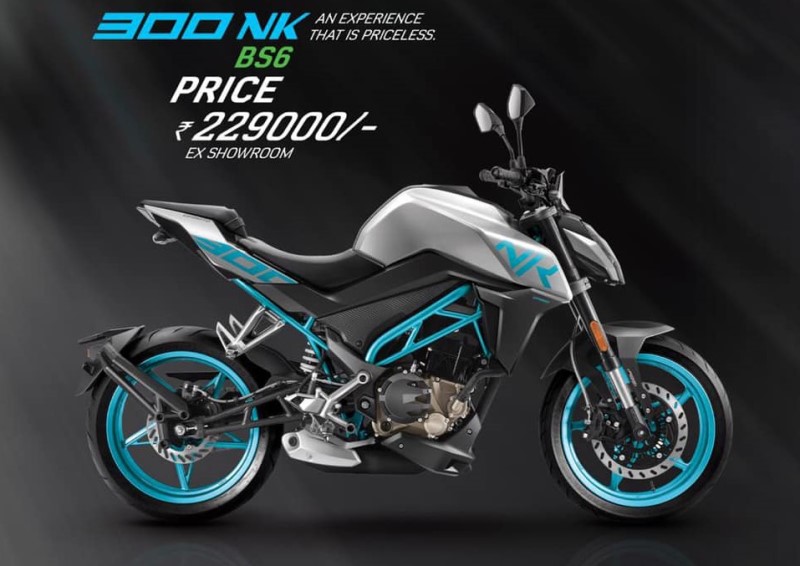 CFMoto 300NK BS6 price tag has remained unchanged from before. This comes at a time when most others have seen hefty increments…

CFMoto was out of the game for the last many months as it did not have the Bharat Stage 6 compliant motorcycles. However, recently it started teasing them on its social channels and today it has revealed the price.

The 300NK will be the first motorcycle from the Chinese company to be on sale in this new BS6 era. This 250 Duke rival has been launched at Rs 2.29 Lakh ex-showroom. This means that there has been no hike in prices of the motorcycle in this transition.

In terms of looks also, there appear to be no differences to the naked motorcycle. Specs have not been shared but for reference, the older model was equipped with a 292.4 cc, single cylinder, liquid cooled, DOHC engine which was good for 34 PS of peak power at 7200 rpm and 20.5 Nm of max torque at 8800 rpm. It came mated to a 6-speed gearbox. It remains to be seen if there are any changes to the specs of the 2021 version.

It must be noted that CFMoto is pushing it as an ‘Austrian Design’ and it clearly is inspired from the newer-gen Dukes. If you are unaware CFMoto has a partnership with KTM and that may be the reason of this influence.

There is no more information on the model on the website or on the social channels but expect details to percolate in the days to come. More models from the company – the 650s are expected to be introduced in BS6 compliance in the months to come.