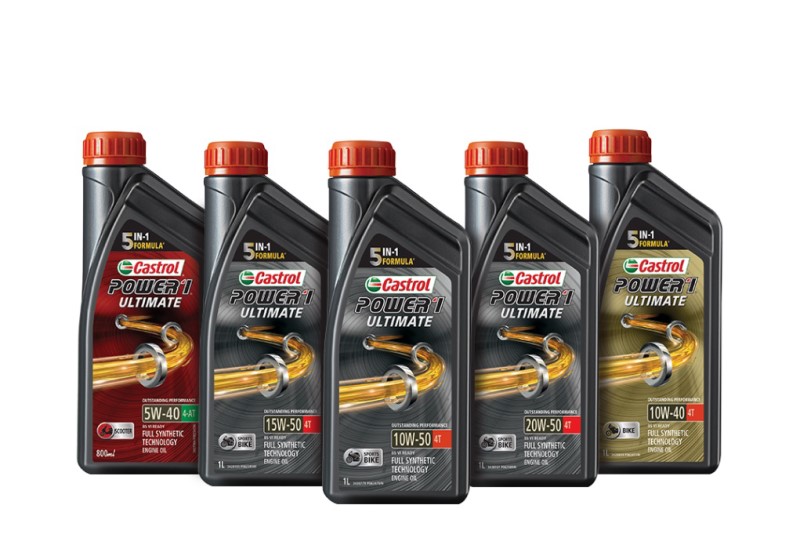 One of the leading manufacturers of automotive engine oils – Castrol India has announced the launch of its new range of oils for two-wheelers in India. The company has introduced POWER1 ULTIMATE engine oil for both motorcycles and scooters.

Castrol claims that the oil has been developed for high-performance, based on the feedback from professional riders. The company claims that it has been rigorously tested under different and extreme conditions on different parameters.

Castrol has priced the 800 ml pack of scooter oil at Rs. 474, while the same is available for bikes at Rs 594 per litre. On this occasion, popular MotoGP racer, Cal Crutchlow has unveiled the new livery on his bike with Castrol POWER1 ULTIMATE graphics, at the Valencia MotoGP race.