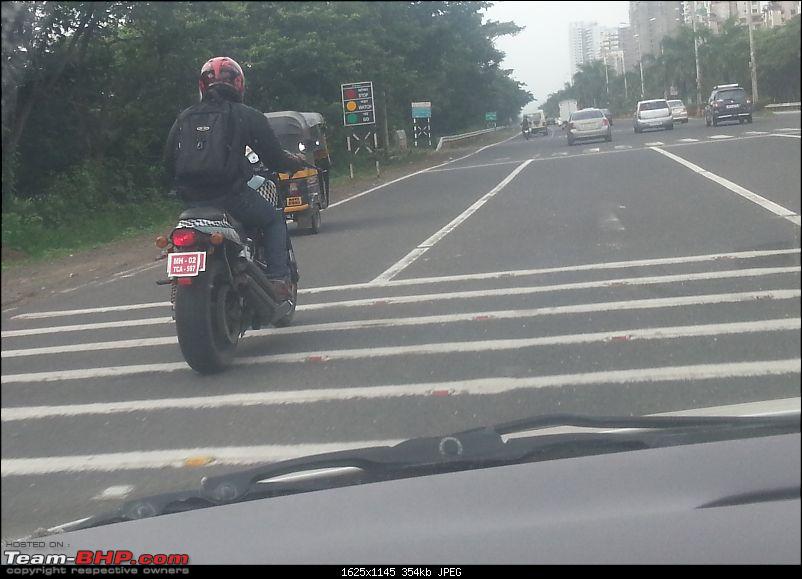 A Team BHP member from Mumbai was a witness to a rather curious development near Vashi, Navi Mumbai. What he saw and photographed was a Harley Davidson XR1200X. 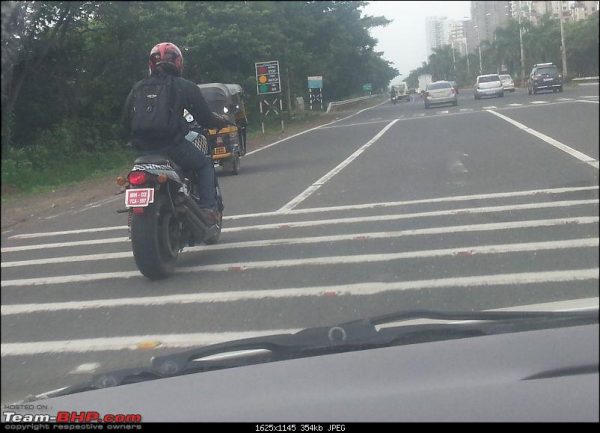 Now, what makes it remarkable and interesting is that this particular model of Harley Davidson motorcycles had been removed from 2013 sales brochures and most of us thought it is dead.

Or is it, unless the guy riding the XR1200X is taking it to dump it in the Arabian Sea, there is no reason why he should be out and about on it that too ubiquitously dressed as a vehicle undergoing real-world riding test. So, what’s cooking then?

Is HD India planning dust up and bring the XR1200X to our showrooms? That’s not a far-fetched presumption.

HD India has been busily building up its presence in our country since their arrival in 2011. What many would not have thought is that they would simultaneously be pushing their efforts both at the bigger, high end bikes as well as smaller (by their standard; 500cc could be their smallest offering) bikes. 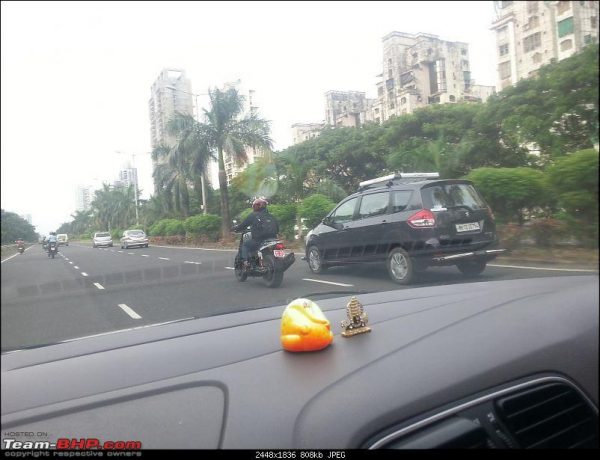 For the records, the XR1200X is powered by a 1202cc Air Cooled fuel injected mill which produces 100Nm of torque and is known for its black, upswept dual silencers that are the prominent feature of the bike.

HD, as usual, is tight lipped about their game plan as of now, but you don’t usually feed and fatten up a horse unless you want to ride it, or sell it. The surprising glimpse of the XR1200X in Mumbai definitely bails out that theory. Why would they fill it with the unleaded and dress it up unless they have plans to sell it? 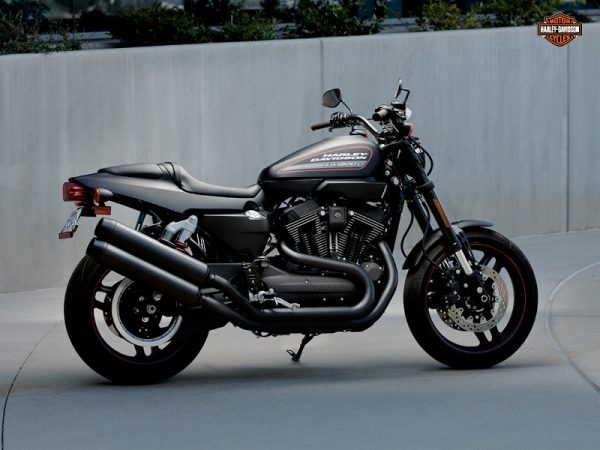 Or are they giving it some air just to make it fit and gunning for the Auto Show 2014 in Delhi? Appears so, since Harley has already said – ‘Wait for surprises at the Auto Expo‘..

We are waiting Harley.. Bring it On..