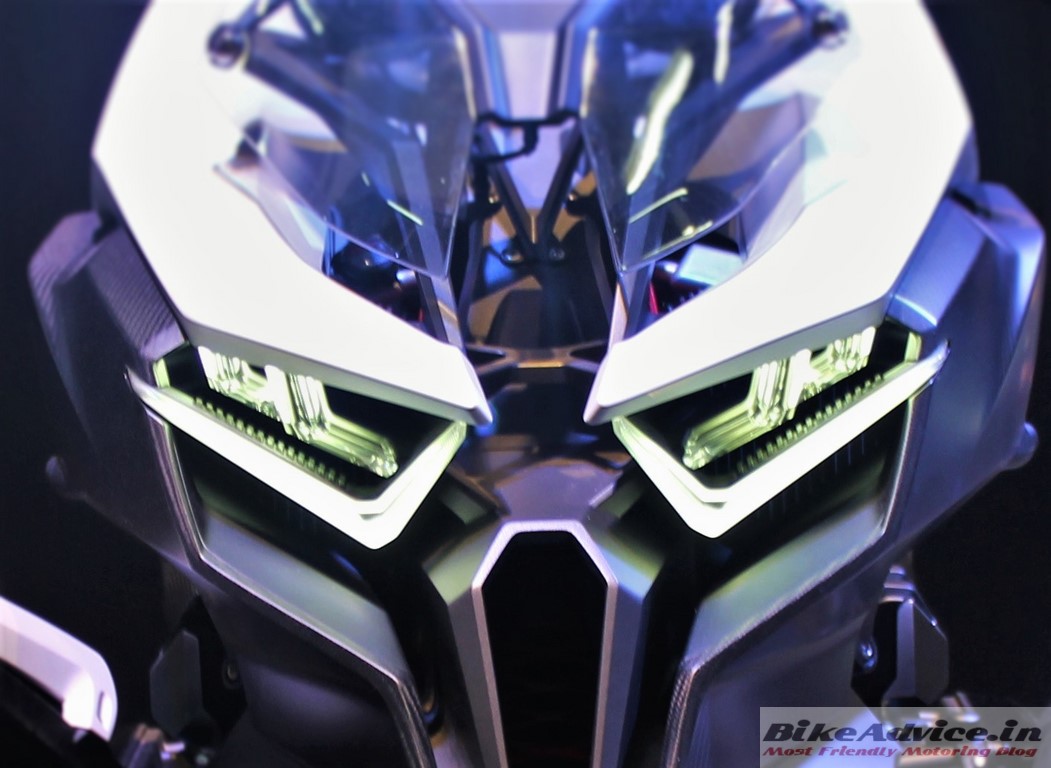 Just ahead of the Tokyo Motor Show back in September last year, Honda had showcased a whacky looking concept, the Neowing. This three wheeled tricycle is also gracing the Auto Expo 2016 pavilion of the Japanese manufacturer here in India. Honda was so far shy of modern trikes but now that they have flexed their muscles, the whole world has stood up to take notice.

This three wheeler is powered by a horizontally opposed four cylinder mill (clear resemblance to the Goldwing’s 6 pot layout in similar arrangement) with electric motors. 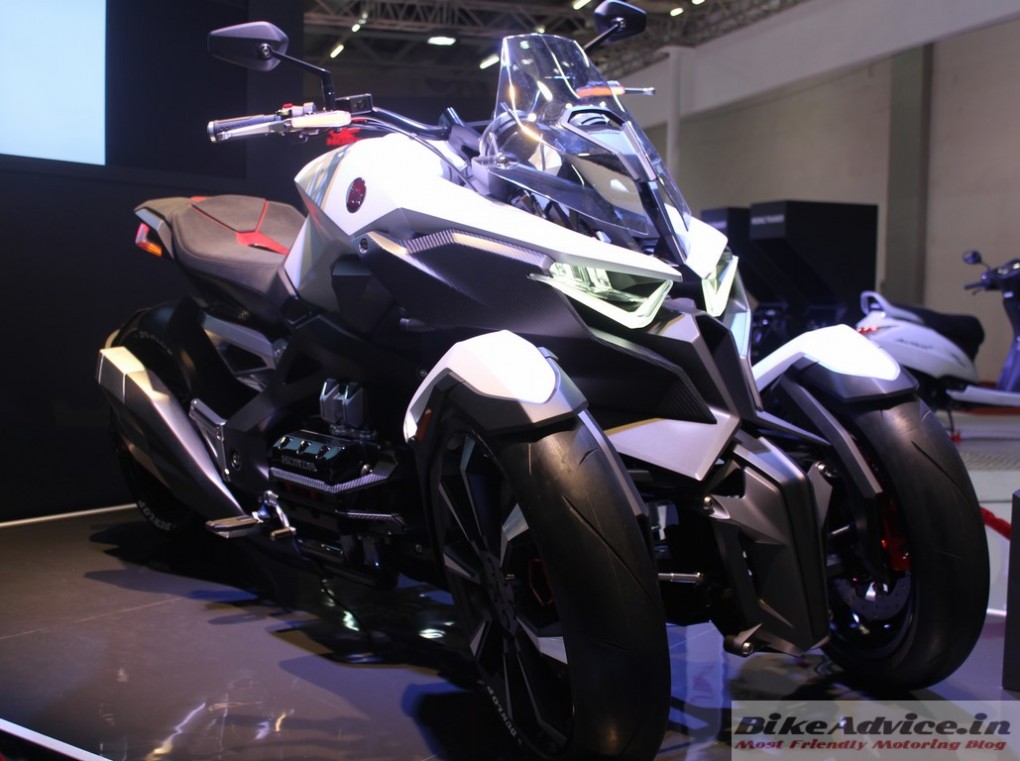 On the looks front there is nothing as beautiful as the Neowing in trikes yet! It sported predator-like face which has been beautifully designed and the Auto Expo model sported Dunlop tyres. The tank with the Neowing logo continues to a dual coloured red-black contoured seat and a small tail sporting LED tail lamps. 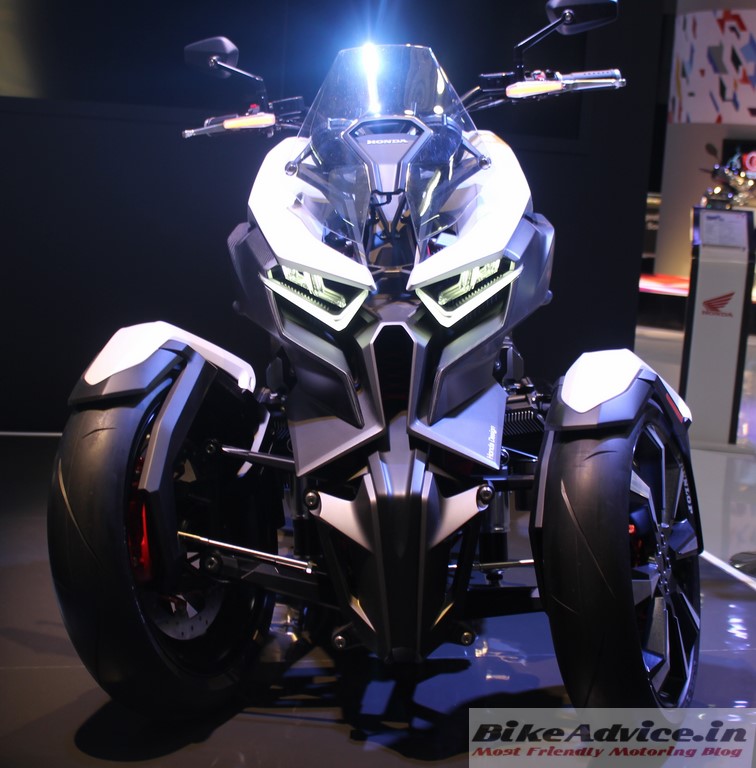 The company claims that the combination of petrol engine and electric motors generate plentiful torque for powerful acceleration. The tricycle as a whole is expected to provide the sporty feel of a large capacity motorcycle while also providing stability at low speeds. 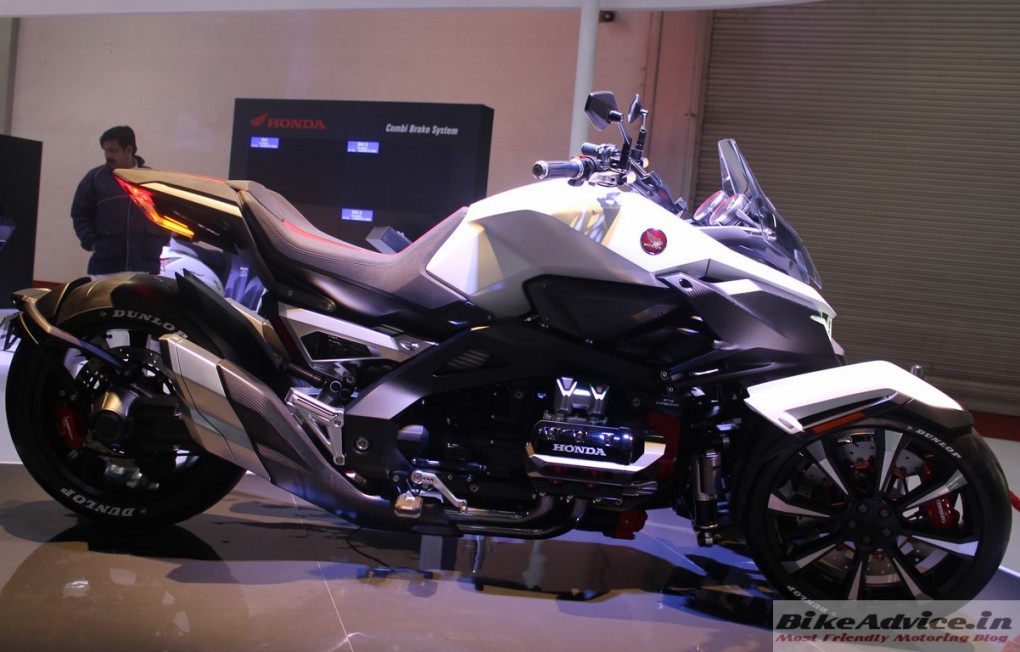 Apart from this Honda has also brought the EV Cub concept, an environment friendly short distance commuter based on the original Super Cub.