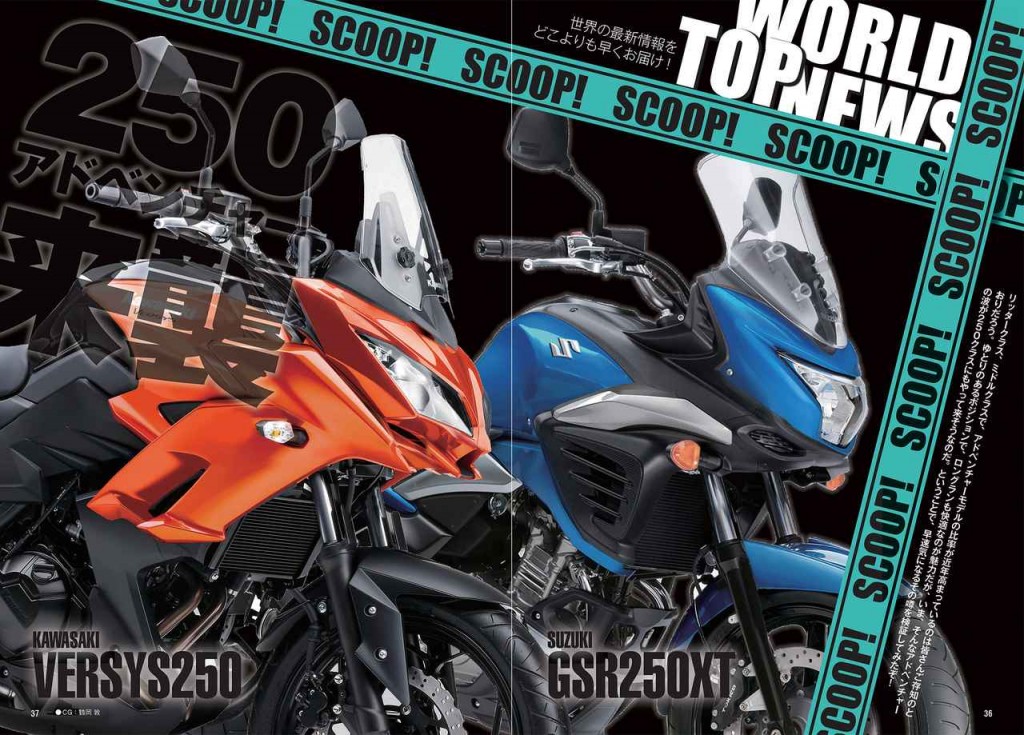 As the world is getting energy-concious, smaller motorcycle segments are getting popular with manufacturers paying special heed to them. In the 250-300 cc space, apart from the introduction of Yamaha’s R25/R3 and products from other manufacturers like Benelli etc, two other international manufacturers, Suzuki and Kawasaki are being rumoured to venture out in the adventure motorcycle space.

New speculative rendering pics of two new bikes from these manufacturers have been shared by Auto By Motor magazine which claims that Suzuki will name its latest baby as GSR 250XT and then we already have a sniff about the Kawasaki Versys 250!

This is the second 250 cc bike rumoured from Suzuki after almost a confirmation of a single or double cylinder sports motorcycle which is also expected to come to India (based on the several words we have had with Suzuki officials). 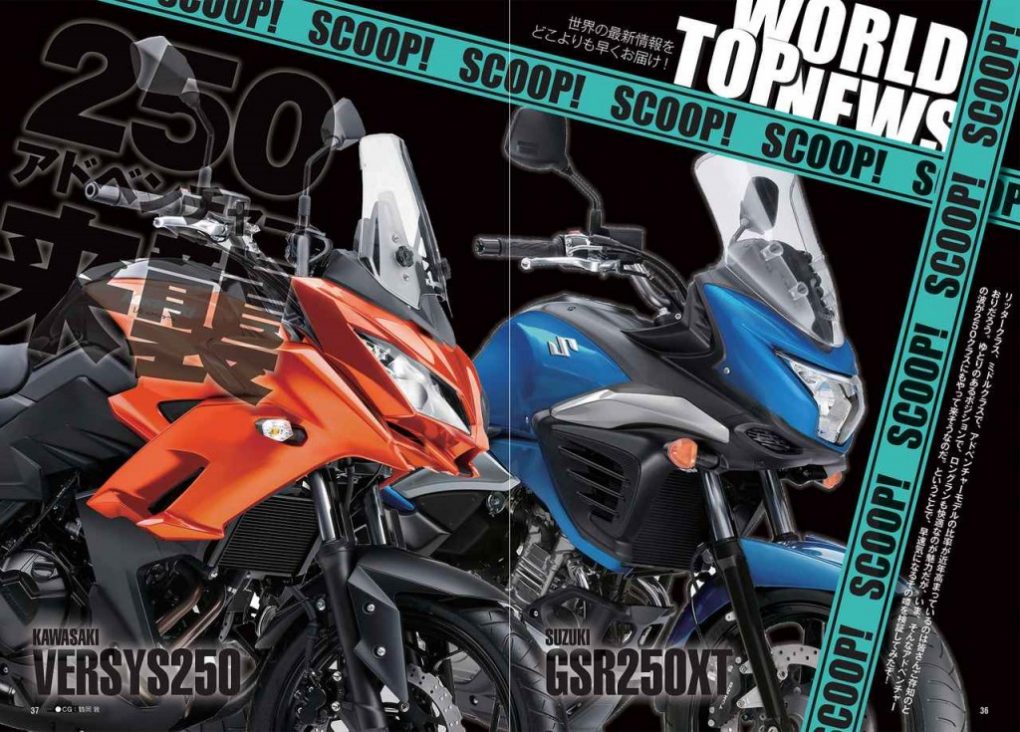 The GSR 250XT looks based on the Inazuma platform and may share the relaxed twin-cylinder engine as well. Words point at a possible unveil at EICMA and a market launch sometime next year.

On the other hand, Kawasaki Versys 250 has been on the waiting list for some time now. We did expect its showdown last year at Milan but the Japanese maker has some other plans. Kawasaki has the option of plonking the twin cylinder mill from the Z250 or the single cylinder motor from the Z250 SL (another motorcycle which is speculated to come to India).

With a speculative view in front of us now, we hope both Suzuki and Kawasaki pull the covers off these two awaited quarter liters. This adds up to the already agonising wait for the KTM’s 390 Adventure! Pheww…!