When it comes to the motorcycle wing of it – BMW Motorrad has been closely associated with blending style and performance in almost all its models across THE range. The company very recently revealed the Concept Ninety model, commemorating the company’s 90 years in making motorcycles and also 40 years of its iconic R90S model. 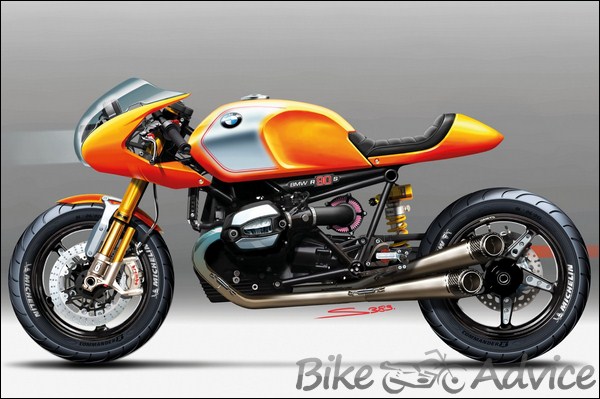 BMW collaborated with the customer bike company “Roland Sands Design” in getting this concept come real. Roland Sands and his team have given the BMW Concept Ninety an exclusive self-assured appearance with technologically refined, top-quality custom parts, former motorcycle racer.

The R90S is indeed an iconic bike with a top speed of just under 200 km/h. It was one of the fastest production bikes at the time of its launch. The bike looked too sexy for the fact that it was a designer inspired bike, making it get into the hearts of millions. The BMW R 90 S was the first motorcycle ever to be fitted with a front trim section as standard, giving it an unmistakable appearance. The sweet note from the exhaust was one of the best and that was one of the reasons that this bike was well known for. 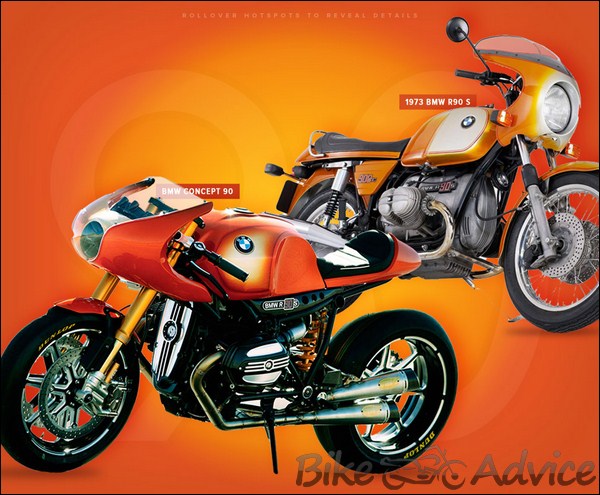 “The aim of the BMW Concept Ninety is to show how reduced and pure an emotional BMW motorcycle can be” explains Ola Stenegard, Head of BMW Motorrad Vehicle Design. Its basic proportions are clearly geared towards the original: the faring, fuel tank and rear section instantly reveal the bike’s kinship with the BMW R 90 S. The BMW Concept Ninety also echoes the separation of the motorcycle’s proportions which was typical at the time: the trim is visually distinct from the black engine and chassis sections. While halogen reflected the technological state of the art in the original machine, cutting-edge LED lighting elements give the BMW Concept Ninety its face today. 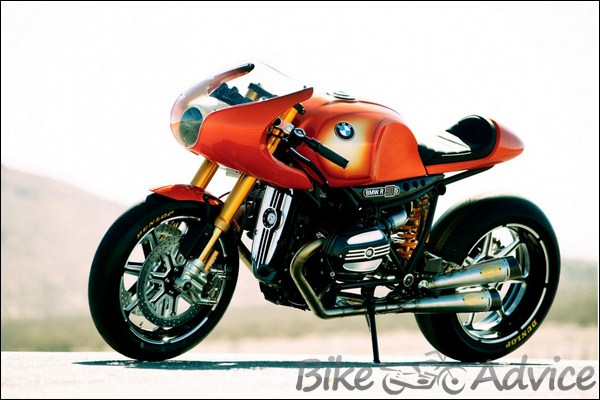 The Concept Ninety houses a 110bhp air/oil-cooled Boxer twin from the previous generation BMW R1200GS and sports a front cowling similar to that of the original 1973 R90S. The color scheme that this concept has come out.

Roland Sands Design created the parts especially for the BMW Concept Ninety in collaboration with the BMW Motorrad Design Team: “I wanted to translate the special character of the BMW R 90 S into the modern age by means of unique parts – based on emotional design and state-of-the-art technology. It just all goes together perfectly: BMW technology, BMW history and our customer parts are a great match” says Roland Sands. He also claims that the basic essence of this concept is that it is practical and can actually be ridden unlike most other designer bikes. Performance is specifically ensured with this bike as the parts are designed keeping that in mind. 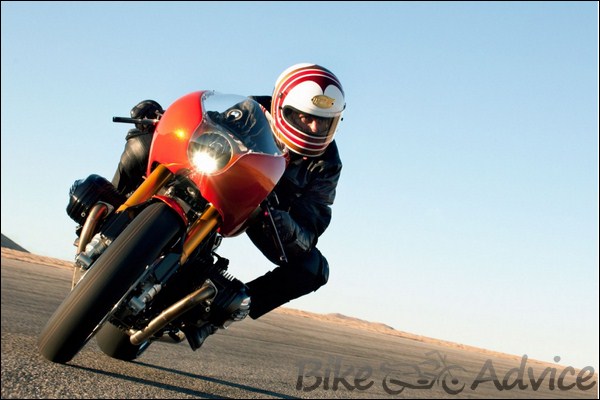 As of now, the bike is a pure concept bike but the company has registered the name ‘nineT’ which could be the name of the bike when it goes for series production.

As a finishing note, Head of BMW Design Edgar Heinrich said: “BMW Concept Ninety is sheer enjoyment in every respect – from the development of the idea to the sketching stage to the construction process. But above all when you’re riding it. It’s an absolute riding machine – just like the R90S was in its time.”