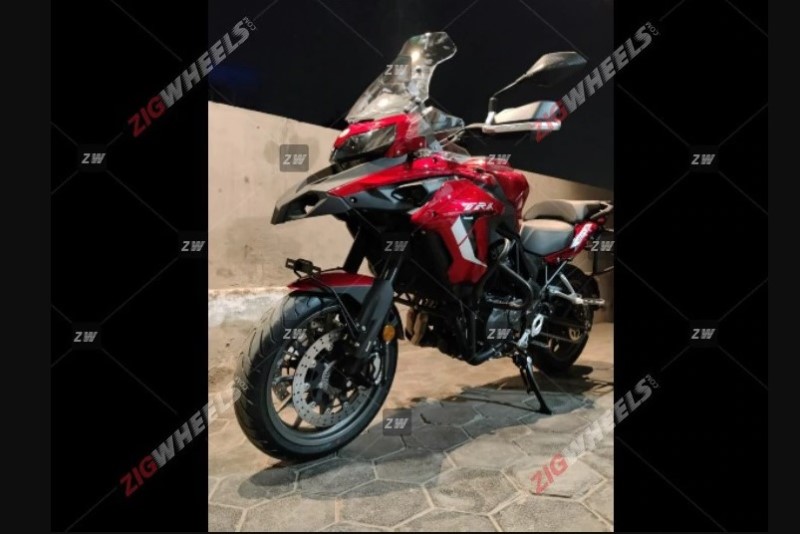 Benelli TRK502 BS6 launch within the coming days. Its official price will be revealed within two days. Spy pics reveal some changes…

Benelli has been launching one dealership after another to expand its footprint in the country, but the problem is that all of them showcase and sell the Imperiale 400 – the lone BS6 model from the company currently.

However, this is about to change, as spy pics of a new motorcycle that will soon accompany the Imperiale in the Benelli showrooms have surfaced. We are talking about the middleweight adventure motorcycle – Benelli TRK 502. The bike is being updated with BS6 compliance with few new features. However, the India-spec bike will differ from the one that debuted abroad.

The 2021 India-spec motorcycle will now come with a semi-digital instrument cluster, with white backlit analogue dial and orange backlit digital unit. Other parts like the tail rack, and the pillion grab rail have been carried over from the predecessor. The seat appears to be coming with a narrower side profile, which will be of help to shorter riders.

The 2021 TRK502 continues to be equipped with inverted front forks, rear mono-shock suspension setup, road-application tyres, and alloy wheels. Apart from that, it has twin discs with radial caliper at the front, and a single disc at the rear with dual channel ABS.

The predecessor of the bike had a 500 cc inline, twin-cylinder, DOHC, liquid-cooled engine that produced 47.5 PS of power at 8500 rpm and 46 Nm peak torque at 6000 rpm. However, expect minor changes to these numbers with BS6 compliance.

In a latest update, Benelli has officially confirmed the motorcycle. In a press note, the company said that it will announce the official price of TRK 502 BS6 on 29th January at 11 am. It is expected to be launched at around Rs 5.3 to 5.4 Lakhs against the BS4 model’s Rs 5.1 Lakh (ex-showroom price).