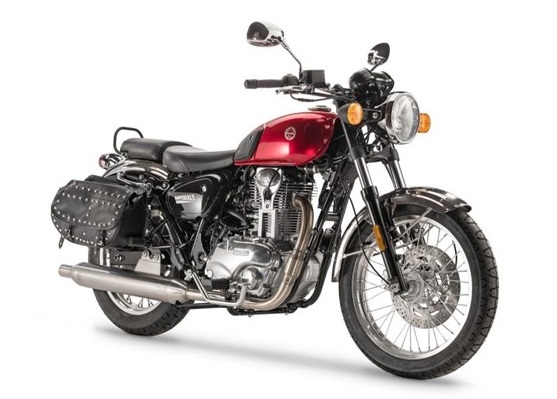 After its split with DSK Motowheels, Benelli has restructured itself, got its act together and after settling down with the first round of products, they are now launching new motorcycles in the market. They recently introduced their most exciting bike TRK 502 ADV and have plans to introduce few more in the times to come.

In a word given to The Hindu, Vikas Jhabakh, Managing Director, Benelli India, said that they will launch the Imperiale 400 in India and with it they want to directly compete with Royal Enfield. He said that the launch will be within the fourth quarter of calendar year 2019 or the first quarter of 2020, which means we are looking at a time frame between October 2019 to March 2020. He elaborated…

They have announced loud and clear that they will want to lock horns with the highest selling motorcycles in the mid-size segment. Like RE’s Classic 350 and others, Imperiale 400 is also a retro classic motorcycle and also looks very similar. Other similarities include their near similar engine capacities (346 cc of Classic vs 373.5 cc of Imperiale), 19-18 inch tyre combinations, identical power and torque outputs (Classic 350 – 19.8 bhp & 28 Nm , Imperiale 400 – 19.7 bhp & 28 Nm).

Another trait these motorcycles appear to be very similar in is the high kerb weight. While the Classic 350 weighs 194 kg, the Imperiale hits a double ton at the weighing scale!

But if Benelli will import Imperiale 400 as a CKD in India (like it is the case with their current motorcycles), it will be difficult for them to price it bang in the RE territory. Apart from Imperiale, Benelli will also launch the Leoncino scrambler in India soon.