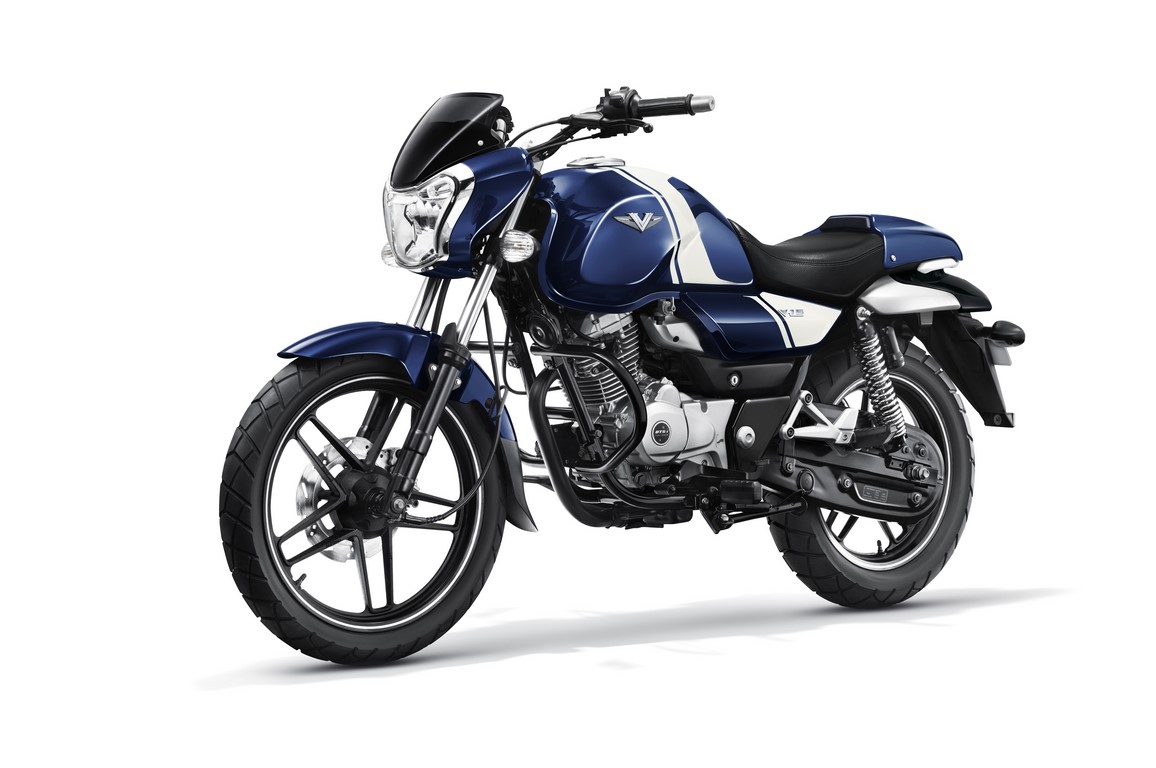 The Bajaj V15 has been one of the biggest success stories for the Pune based motorcycle maker in recent times. If the Pulsar brand was built on the idea of providing affordable performance, the V15 took the wish of thousands of Indians searching for a way to feed their nationalistic vehemence.

With the inaugural colours Ebony black and Pearl White doing the magic for some time, Bajaj added a Heroic Red paint scheme back in July. This time round they are back with a new Ocean Blue colour which links it truly to the Navy heritage. 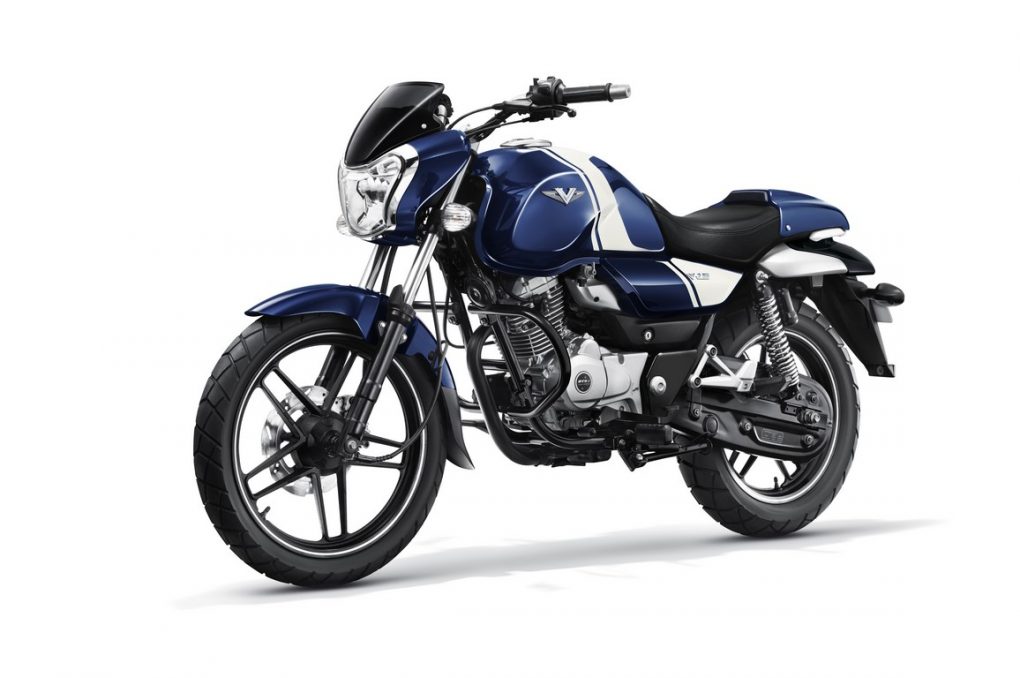 Powering the Bajaj V15 is a 149.5 cc DTS-i mill churning out 12 PS of maximum power and 13 Nm of peak torque. While the power output may not seem much, the torque figure is lucrative for a 135.5 kilo (kerb weight) bike which is placed as a commuter. But the main USP of this neo-classical looking bike is the presence of a piece of metal from the country’s first aircraft carrier, INS Vikrant.

Being the hero of many wars, like the 1971 Bangladesh liberation war and 1965 Indo-Pak war, the INS Vikrant has a legendary status in the history of Indian Navy. After being decommissioned in 1997, the Majestic Class warship was scrapped in November 2014. Bajaj brought the ship back in the limelight when they announced that they will be building a motorcycle in its honour, using the metal from the ship. 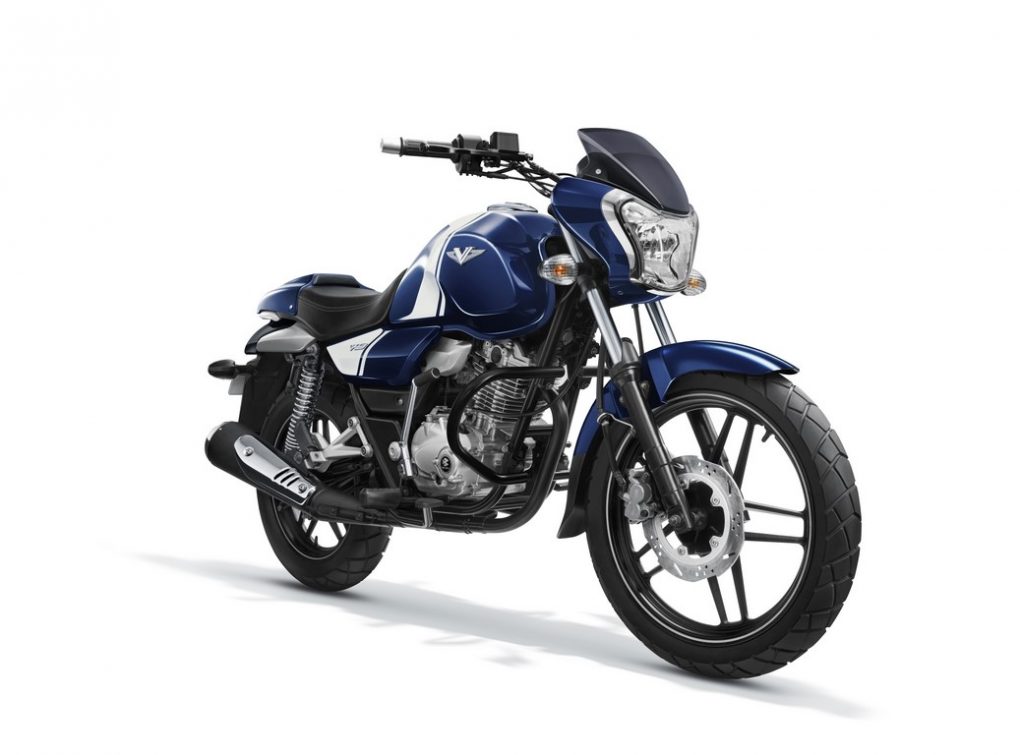 Of course, it is not clear what will Bajaj do once their stock of metal finishes, but the V15 is here to stay. So is the V branding. In fact, the company is expected to launch newer motorcycles under the V brand name. The bike is selling around 30,000 units a month, and to boost it further, they have taken out a new promotional film featuring Mahavir Chakra awardee Rear Admiral SK Gupta who served aboard the INS Vikrant during the 1971 war.

Here’s what Mr Sumeet Narang, Vice President, Marketing, Bajaj, had to say on the occasion:

“With the V, we are not just selling motorcycles but celebrating the pride of the nation. Consumers are also playing back this feeling of pride. The new campaign takes the proposition forward and talks about how the V helps you experience pride every day, and not just on select occasions of national significance.”

Well, Bajaj seems to have finally found a beat in the 150 cc gameplay after sees the Pulsar 150 and Discover 150 sales fall for a long time. Here’s to many more Vs to come!